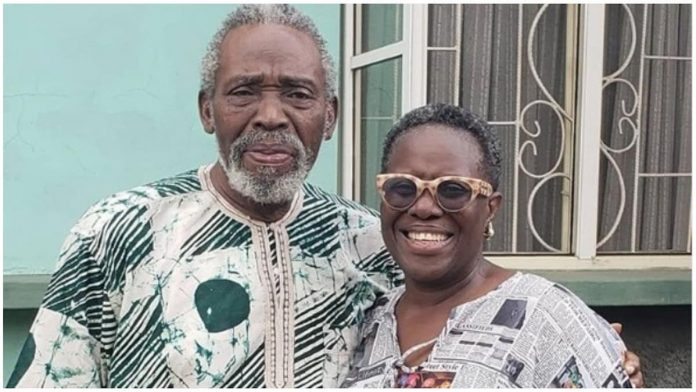 Actress Joke Silva and her hubby, Olu Jacobs are the ultimate couple goals on the streets of social media today.

The Nollywood veterans are not only planted deeply in the hearts of many Nigerians because of their talent, they have remained lovers since they walked down the aisle in 1989 and their life and marriage stands as a form of inspiration to many Nigerians.

Happy International Women’s Day to you all. We keep rising! #InternationalWomensDay #Women #KeepRising

It is often said that celebrity marriages do not last but the Jacobs are made of a different cloth. They have both stayed in the limelight and in the movie industry for many decades and have remained partners for 30 years, sharing nothing but love, respect and trust for each other.

Just recently, the adorable captured the hearts of many social media users when Joe Silva shared a lovely photo of both of them on her Instagram page. They looked just perfect standing side by side. Proving that indeed, love is a beautiful thing.

Have a beautiful day…?

Meanwhile, just recently, actress Joke Silva lost her sister to cancer on Tuesday, February 12. Silva’s sister had been the founder and artistic director of a well known art centre in Lagos. The actress shared a photo of her late younger sister on her Instagram page to honour her.