Home General News Man Calls for help for young boy who hustles for his three...

A Nigerian man has called for help for an 11-year-old boy who caters for his family. The unnamed boy, his siblings and their mother, all sleep outside somewhere in Lagos state.

The man identified as Omololu Omotosho who shared the story on Facebook revealed that the little boy caters for his family by begging for food and dancing in bars just to make little money.

According to Omotosho, the children’s mother has dementia. A sickness that causes anyone who has it to loose their memory or other thinking skills, it is severe enough to reduce a person’s ability to perform in daily activities.

11-year-old boy hustles for his three siblings and mother who sleep outside in Lagos
Facebook source: Omololu Omotosho
Source: Facebook

Omotosho further expressed that the woman has a 9-year-old son, two others, one of which is still a toddler which the 11-year-old take care of.

The Facebook user called on the Lagos state government to come to the family’s aid and get them a better standard of living.

He wrote: “Am NOT going to spare the pics tonight but I’ll say there is a family of five sleeping on the cement floor behind the blocks at 202rd E close..the peculiar thing about this family is the oldest kid is just 11 with 3 other sibling and a demented mum..the oldest boy seems to be the breadwinner cos he goes around with the 9 year old brother begging for food and dancing at public beer parlours..its very bad..please the GOVERNOR To be Sanwo-olu or Jimi Agbaje.. Lagos state house of assembly flag bearer Honourable Dipo Damola Olorunrinu should see this..help me tag Local Government chairman ..the councillor of ward K .. Child services.. And every true Nigerian who has a heart should please help.AMONGST THEM IS A TODDLER LESS THAN 2YEARS.if u can’t please help tag the necessary people u know can help and share.. MAY GOD NEVER LET OUR CHILDREN GO THRU SUCH.. AS I POST NOW ITS 10:15PM AND THEY CLAIM THIS LITTLE FOOD I COULD AFFORD WAS THEIR BREAKFAST..” –King Alfred Luminorse Falope.”

Well this is sad. Please share and help "Am NOT going to spare the pics tonight but I'll say there is a family of five… 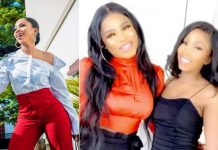 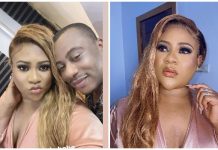 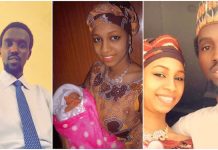 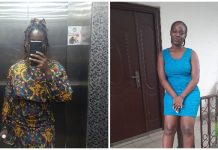 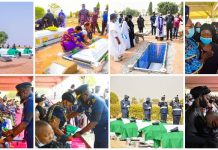 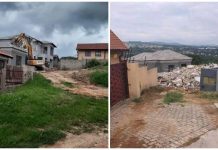