MaDailyGistGet the Latest Gist in Town
More
GOSSIPGet Daily Gist
More
Home Sports Football 365 Klopp explains why there is ‘no chance’ he’ll do a Fergie –... 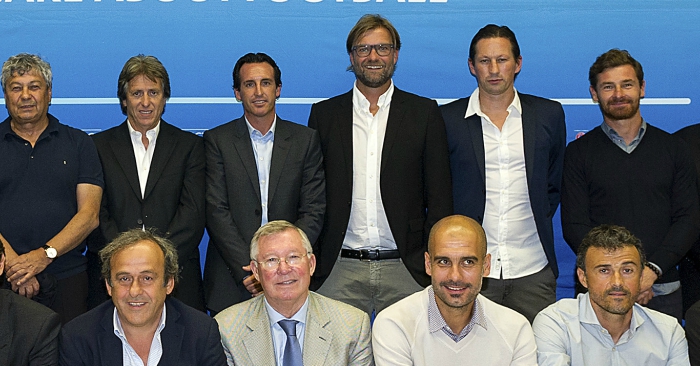 Jurgen Klopp says there is “no chance” he will still be Liverpool manager in 20 years’ time.

Klopp was appointed Liverpool manager in October 2015, but is currently the sixth longest-serving boss in the Premier League.

The German stayed for seven years at both of his previous clubs, Mainz and Borussia Dortmund.

He signed an initial three-year deal when he arrived at Anfield, before penning a fresh six-year contract in 2016, tying him to the club until 2022.

That would take him to eight years in charge if he sees out his term in full, but Klopp himself insists he will not emulate Sir Alex Ferguson or Arsene Wenger by staying for two decades.

“I respect Arsene and Sir Alex a lot for what they did for football, but the game has changed a lot. I think the first 15 years for these two guys were like a holiday compared to what they had in the last 15 years of their job.

“The social media thing, I don’t read it, but it has influence from all sides and things that I don’t really understand. I’m 50 and young in all things of life, but I’m too old for this.

“In 20 years’ time, then I am 70 and I can guarantee that I won’t be here. It’s such a good moment we shouldn’t draw this dark picture for all the Liverpool fans that they have to deal with me for the next 20 years! Come on, let’s stay positive.”