Nigeria has a lot of public officials who govern the thirty-six states of the country. All of them are different, just like their political course. Have you ever wanted to know who of the Nigerian state governors is the richest? Read on and find out who the richest governor in Nigeria is according to the latest information.

The richest governor of Nigeria 2018

During the last year, the Nigerian governors were under media attention all the time. Lots of media outlets wanted to know how much they earn and if their earnings were well-deserved. Here, you can have a look at the TOP 10 richest governors in Nigeria and find out more information about their lives and sources of income.

This politician is currently the governor of Osun State. Even though his reputation is not the best due to his involvement with salary issues, such as the inability to give workers their well-deserved salaries, he still managed to hold the tenth position in the ranking of the richest Nigerian state governors.

Rauf Aregbesola was re-elected in the office of Osun State governor in 2015. During his first term, he worked at providing people with good infrastructural facilities. Currently, the government of Osun State does not seem to be doing their best, as the state is going through undesirable conditions, and people are dissatisfied with him. Hopefully, Rauf Aregbesola and his government will improve Osun State’s conditions in the future if he remains in the office.

He is expected to remain in the office of Zamfara State governor til 2019, and currently, he is considered to be one of the richest governors in Nigeria, specifically in the northern region of the country. It is widely alleged that Abdul’aziz Abubakar Yari took advantage of his power in the office of Zamfara State to help himself become wealthy, and this is perhaps why he is among the richest governors of Nigeria.

He is the governor of Nasarawa State. This state is not ranked high among the wealthiest Nigerian states because GDP and general development o are not exactly the best. However, Umaru Tanko Al-Makura somehow managed to become wealthy and rise to the TOP 10 of richest governors in Nigeria ever since he came to power.

This famous political leader was born in 1963, and he is widely considered to be one of the best performing political leaders in the country. He is not only officially the richest governor in Nigeria but also the head of Lagos State government, which is undoubtedly the wealthiest state in the whole country. He has done a good job at improving Lagos State and currently, he has the people’s support.

Akinwunmi Ambode became the Lagos State governor in 2015. Before becoming the governor, he served in of Lagos State civil service for many years, so it is safe to say he knows a lot about Lagos state. The political success came to him when he defeated his rival Jimi Agbaje from the opposition People’s Democratic Party.

Another governor from the northern part of Nigeria is Abdulfatai Ahmed, who is a governor of Kwara State. This man was born in 1963, and he comes from Saare, the region in Kwara State. He got elected for his second term in the office in 2015.

Kwara State is one of the least infrastructural developed states. While the governor holds the sixth position in this rating, lots of public workers in Kwara State are complained about unpaid salaries. We are hoping that the general situation in this Nigerian state will improve very soon.

This governmental official currently presides in Kaduna State. This is Nasir Ahmad El-Rufai’s native state, where he was born in 1960. Like most of the leaders on the list, he was elected in 2015. This person is known to be criticizing the former President of Nigeria, Goodluck Ebele Jonathan, and his politics.

This man became the governor of Rivers State as a result of 2015 elections, succeeding Rotimi Amaechi. He holds a good reputation among the citizens: last year, he was proclaimed the governor who created more infrastructure among the other state governors. Obviously, Rivers State is one of the most progressive ones in Nigeria, and it is currently going through the course of development.

Kashim Shettima serves as Borno State governor. He was born in 1966 and currently, he possesses immeasurable amounts of wealth. Besides, his predecessor as governor of Borno State, Ali Modu Sheriff, once was known for being the richest governor in Nigeria.

Borno State is currently going through multiple threats from Boko Haram. Kashim Shettima is the third wealthiest governor in Nigeria, as well as the second wealthiest in northern Nigeria.

This political activist was born in 1967. Nowadays, Abubakar Sani Bello is a governor of Niger State, which is situated in the northern area of Nigeria. Until recently, he was the richest governor in Nigeria, but then he got beaten by Rochas Okorocha, whose assets became bigger during the last year. So, Bello is now the second wealthiest Nigerian governor, but his fortune is still massive.

He is known to come from the rich family, which has appeared in Forbes magazine once – in the section of Africa’s wealthiest families. Currently, Niger State is nowhere near the top of the richest states rating.

Rochas Okorocha owns the charitable organization called Rochas Foundation, where he invests a lot of his money. Apart from being a notable politician, he is known to be a successful businessman, which probably helped him in establishing his enormous fortune.

So, now you know everything about the top 10 of richest Nigerian state governors. We can only hope that all of the governors on the list will use their financial belongings to improve the people’s general way of life in their native states, and not for their personal purposes. 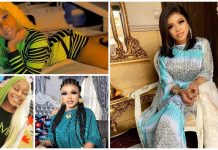 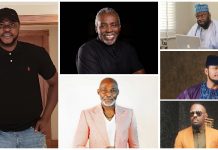 Top 20 richest Nollywood actors and their net worth 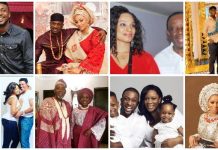 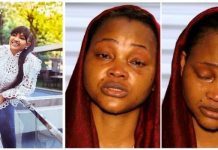 The First Slap Felt Like A Dream, The beating almost killed me – Mercy Aigbe Recounts her Bitter experience 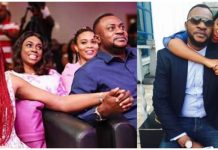