Folake and Demola, the name just fits. This loving couple was destined to be forever and with this enchanting love tale celebrating their journey, my eyes are full of hearts. We conclude this glamorous wedding event at the Landmark Event Centre where Folake flawlessly made her entrance in a beautiful ball gown wedding dress by Vera Wang that just exuded luxury and class.

It’s always delightful to blog weddings with all our Nigerian Wedding Platinum Vendors present, and this stunning event planned by Bisola Borha and designed by TrendyBe Events is one of her many BEST, and we are just so in love with this stunning wedding photos captured by Klala Photography! Even after dancing the night away, the bride still looked picture perfect thanks to the magical hands of Anita Brow Beauty who primed the bride for the night.

We just don’t want the fairy dust to dissipate! And, with that spectacular wedding stage decor by Aquarian Touch Events, we won’t have to. We share photos from their traditional wedding earlier, check it out here. Read the love bird’s sweet love story below, be inspired!

If you love Folake’s wedding accessories, you would certainly love these ones in our store…

How We Met
By The Bride, Folake

I was in Lagos for a month in January 2016 and I attended a traditional engagement. I returned to The UK and the bride called me that a friend of her husband saw my picture and he asked If we could swipe numbers and that was it. He lives in America and I live in the UK. So since the 8th of February, we only had phone conversations. He was due to travel to Nigeria in May so we had to make that a meeting point. He planned to do a stopover in Paris since he has never been there and wanted to explore the city. He asked if I could join him and I said yes. Paris was so much fun that he decided to return to London with me for a couple of more days before travelling to Nigeria.

I went to my boy’s house as he just got back from Nigeria from his traditional engagement. A group of us met up at his house to look through his wedding pictures and that’s when I saw Folake. I just had to ask who she was and if I had a shot with her. It just so happened she was single. I was given her number with her permission and that’s how it started on the 8th of February 2017. Since Folake and I lived in different countries, I had to think quickly how we could meet. I was due to travel to Nigeria in May so I asked if she would be okay travelling to Paris as our first official meeting as I really wanted to explore Paris with her and she agreed. After talking on the phone for a few months, we met in Paris May 2016 then I travelled back to London with her.

READ: “She Kept Me in Her DMs For Three Years!!” See Stunning Portraits From #SemIdris2017- Semira & Idris’s Beautiful Love Story Will INSPIRE You | Wedding Planned By Events By BankySu

Our Proposal
By The Bride, Folake

Ademola‘s Version
When I met her in Paris, I knew I was going to marry her! Six months after we met in Paris, I started shopping for rings (never been here before I didn’t know what I was looking for). I read articles on how much an engagement should be based on a man’s salary. I asked for her input on what type or shape she wanted her ring to look like. So, I integrated her input, the articles, and mine and when I saw the ring I knew this was going to be it. I knew I didn’t want an audience during the proposal because I felt it should be an intimate moment between both parties. We were going to visit New Orleans for Christmas while visiting her sister in Houston but that did not happen the way we anticipated it. She had spent the night with me at my Hotel and on Christmas morning when we woke up, I asked her if she will marry me and she said Yes! The rest is history. 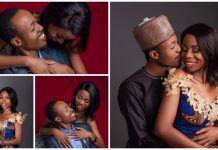 After breaking my heart, I still said yes to him! Ehi and moses amazing pre-wedding album 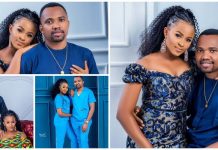 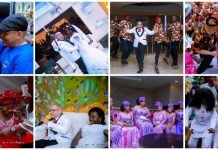 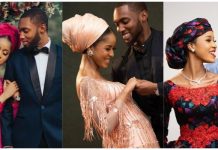 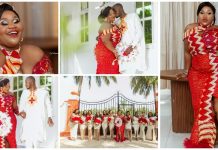 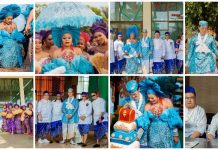