As the news of Buhari’s meeting with the US President  keeps on, Donald Trump has shown deep concern about the religious crises which has claimed the lives of many Nigerians, especially, the attacks on both Christians and Muslims. Trump disclosed this when he was speaking at the joint press conference he had with Buhari yesterday evening, at the White house.

”We are deeply concerened by religious violence in Nigeria including the burning of churches and the killing and persecusion of Christians. It is a horrible story. We encourage Nigeria, the Federal and local leaders to do everything in their power to immediately secure the affected communities and protect innocent civilians including Muslims and Christians”

Recall that at the joint press conference, Buhari was asked whether he addressed the ‘shithole’ comment made by the US President, Donald Trump, about some African countries earlier this year, during their closed door meeting.In his response, Muhammadu Buhari said he could not ascertain if the accusation against Trump was true and so he would rather keep mute than make any statement on it.”I am very careful with what the press says other than myself. I am not sure whether that allegation against the President is true or not. So the best thing for me to do is to keep quiet” he said.

Meanwhile, the First Lady, Aisha Buhari had taken to social media to give the President some accolades. She wrote on her Instagram page, ”President Buhari deserves some accolades.”

Below  are some photos from the meeting between Buhari and US President, Donald Trump, in the US: 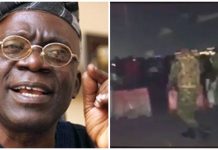 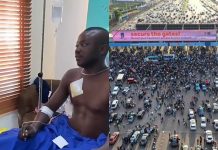 “It was a soldier that shot me at Lekki” – Eye witness and survivor shares his sad experience on what happened at Lekki Toll... 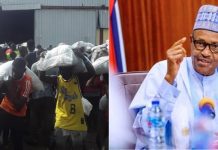 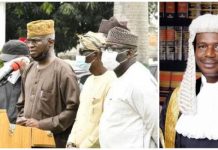 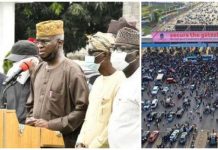 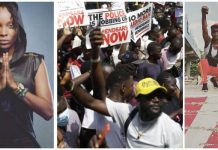