AY’s movie ‘Merry Men’ premiered last night, and one highlight of the event was some notable Nigerian celebrities turning up in agbada.

The much anticipated Nollywood movie which has a September release date is a follow up to the comedian/actor’s last feature film, ”10 Days in Suncity” released in 2017. The movie parades a star-studded cast that includes the likes of top Nollywood names in Ramsey Nouah, RMD, Jim Iyke, AY, Falz, Lilian Esoro, Damilola Adgbite, Ireti Doyle, Jide Kosoko, Ireti Doyle, Osas Ighodaro Ajibade and more, was directed by Toka Mcbaror.

Here are photos of some celebrities rocking their agbada for their premiere of AY’s movie ‘Merry Men’;

“Merry Men” is a movie that follows the randy lives of four Abuja big boys, who are considered the city’s most eligible bachelors.

They have thriving businesses, palatial homes, fast expensive cars and the attention of women in no short supply. They are known as the Merry Men, even though the ladies would prefer calling them Yoruba Demons.

Posting pictures of Jim Iyke wearing Agbada on Instagram and commenting on the challenge before now, AY wrote, “@ebuka his name is @jim.iyke aka Nalz (the life of the Party). The whole World knows that he is born for the fight that you picked with #AgbadaChallenge. The Agbada you see in here is what he wears to bed. BE WARNED against Sunday! #MerryMen #YorubaDemons in Cinemas from September 28th cc: @seyivodi.”

And in another post showing photos of RMD, the comedian wrote, “Who else goes to the office like this? @tobibakre! Baba has been doing this long before you were conceived and deceived into the #AgbadaChallenge trap by @ebuka . His name is @mofedamijo, Father to #Merrymen. He awaits your apologies sent through your dad, first thing on Monday morning… #cantwaitforsunday.” 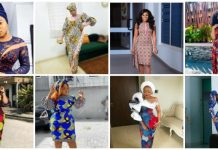 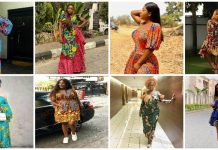 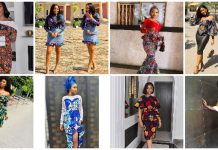 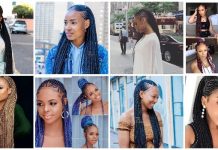 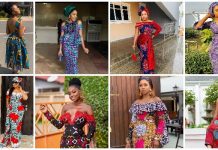 Are you a fashionista? See how to slay in these 40 Ankara Styles (PICS) 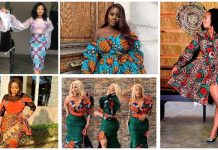