Home Celebrity/Entertainment 9 Times Cee C Has Shown She Is The Most Controversial #BBNaija...

There is no doubt that BB Naija 2018housemate is trending right now and has always trended for being controversial.

She has said, acted, and behaved in a manner which made people love her the ore or just wondered what planet she came from.

There number of times people have to do a double take when it comes to Cee C is astounding and will wonder why her? What makes her special?

These are 9 times that Cee C has trended on social media.

At the early stages of the show, Cee C declared that she can make over 45 million naira in a week if she wants to and she doesn’t need the show. This got viewers wondering that if she could actually make that kind of money in a short period of time, then her presence in the show was for what then?

Cee C says she will make #45million naira in a week😎😎 Who does this remind you of?👇 #Bbnaija

2. When she was paired with Lolu

This actually happened because of she and Lolu’s pride to give in to each other. during the week where they were paired to another housemate for a day, Cee C and Lolu had the unfortunate time of their lives. The two were thickheaded and did not want the other to have their way. Things became more serious when Cee Cbroke the harness that was holding them together, hurting Lolu in the groin in the process

This got the two of them two strikes and an indefinite paring which both did not like. It gave Lolu the of holding  Cee C on a leash whenever she was about to go on a rampage.

This was what really happened between Lolu and Ceec. Damn! this babe tho 😡😡pic.twitter.com/126D2ESOkB#BBNaija#BBNaija2018#DoubleWahala#TeamMINA

3. I am the most endowed of them all

@ceec_official reprimands @ifuennada over a joke comparing her endowment. Do you think it was a joke or Ifu just trying to be mischievous?

Nina was the unfortunate one to get caught in Cee C’s wild rants when both of them got into a fight about Cee C’srude attitude and comment about Nina. though it all started with food, the two switched it to other things they have been holding against each other.

5. When Cee C revealed she was a virgin

Cee C while having a talk with Teddy A after their usual Saturday night party revealed to him that she was still a virgin, which Tobi her refused to believe as her body language towards him when they were still romantic did not feel that way. tobi also claimed that Cee C had touched his penis before which she vehemently denied. This turned into a battle of words between the two, but what made her trend was the fact that she called herself a virgin which viewers found hard to believe.

Whao! My baby is a virgin, can u hear that #bbnaija Oh I'm so proud of u baby Tobi stop being silly and carry ur bae… Whao in TeddyA's voice Thank you Cee C pic.twitter.com/dVZwvCZ7Np

It was obvious Cee C and Alex were no fans of each other and steered clear of themselves until Alex begun to get closer to Tobi, which was not okay with Cee C. Things turned out rough when the two had almost an hour long argument over bedsheet. Like they were looking for a reason to have a clash.

7. When she amended Payporte Saturday Outfit

It is no news that Cee C can be very vocal about her feelings and did not care who got caught in the crossfire. This was what happened when she vocalized her dislike for the cultural wear, representing the Calabar tribe. Cee C went as far as insulting one of the major sponsors of the show Payporteand also the designers. She also modified the gown to a cropped top just to suit her taste. Her actions blew up the internet as viewers could not believe her lack of respect.

8. Wishing a friend to die

everyone has bad days and bad thoughts, it’s human nature but saying such thought out loud and feeling no remorse, especially for the dead is crazy. Which was how viewers reacted when Cee C told Khloe that she wished for a friend to die because he allowed his girlfriend to get in between them. Though she might have stated the fact, it was her choice of words and facial expression that viewers did not believe because they tagged her a ‘pathological liar’.

9. The rain of Insults

When it seemed that all was going to be well as the end was near, Cee C and Tobi put a wrench in their now gone relationship. Tobi had provoked Cee C by stating that he did not like her anymore, which got on her nerves and she started her rants which were more like a verbal abuse, while Tobi kept mute. The incident cost Cee C her Head Of House title and also a strike for her behavior. 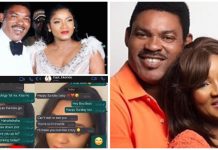 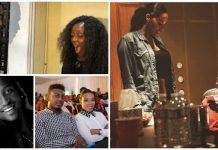 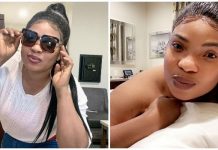 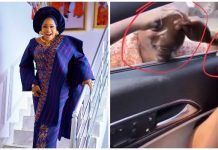 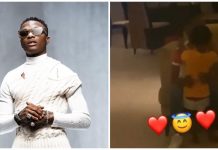 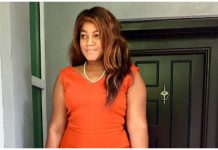