A 34-year-old mother of two in Worcestershire, UK, suffered 26 years of severe abdominal and stomach pains before doctors discovered she had two vaginas, two cervixes and two wombs.

Clare Wright with her husband Mark and their two children

Clare Wright had surgery as a child to repair her windpipe after being born with breathing and eating difficulties. Her parents therefore thought her pains were as a result of this surgery.

However, when she met her husband Mark and the two had difficulties having a baby, they consulted doctors who then discovered the anatomical anomaly, which is said to be a rare condition known as uterus didelphys.

Clare still has the surgery scar from childhood, seen in the picture on the left. She is with her family on the right

Clare and her husband were unaware of her condition and were both taken by surprise. Doctors then had to perform surgery on Clare to rectify the anomaly, thereby enabling the couple to finally have children.

Although she still suffers some pain, Clare says it is much less pronounced than previously. She adds that she is thankful to finally have kids and a family.

To learn more about Clare’s condition, check out the video below. 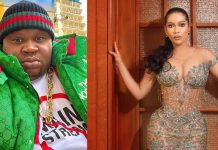 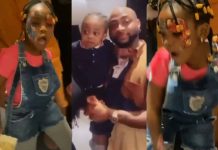 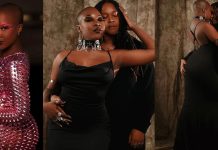 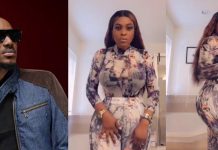 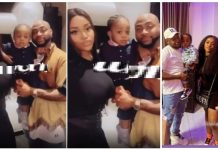 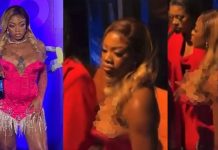