President Muhammadu Buhari has expressed concern over the menace of examination malpractices and fake certificates in the country.

Punch reports that the president also condemned the spate at which public servants and individuals of questionable wealth were being celebrated with alumni recognitions, honorary degrees, chieftaincy titles and sometimes higher religious titles.

According to him, cheating in examination and attainment of fake certificates among Nigerians had become a normal thing because of collapse of values in the society.

Buhari represented by Vice President Yemi Osinbajo (SAN), expressed this view on Tuesday March 21, in Abuja, during the 65th Annual Council Meeting of the West African Examinations Council with the theme, “65 years of commitment to excellence in educational assessment.”

He said: “Today the attainment of wealth, power or educational influence is the mark of success which is not necessarily a bad thing except we are no longer concerned with the process of attaining success.”

The end it appears today justifies the means which explains why cheating in examinations and fake certificates simply do not generate the sort of outrage that such conduct would have generated years ago.

“Public servants and many in the private sectors who have unexplainable wealth are celebrated in one form or the other, alumni recognitions, honorary degrees, chieftaincy titles and even higher religious titles.

“Often, cheating is with the collusion of parents and teachers. This only reflects the failure of values in our larger society. Educational policy within that milieu of collapsed value failure is a totally different type of task when values in society have collapsed.

When values in the society have been upturned, the role of the policy maker is completely different from when values are maintained by and large.”

The President said Nigerians are no longer concerned about the process of attaining success because the end justifies the means for them.

Such collapse in value, he explained, has made it difficult for policy makers to effect change in the society.

It will be recalled that a Senator representing Kogi West Senatorial District at the Senate, Dino Melaye, has been accused of not graduating from Ahmadu Bello University Zaria and the school authority has also allegedly confirmed that he never finished from the institution. 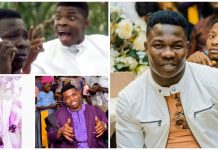 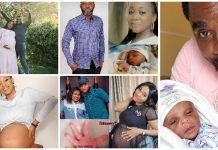 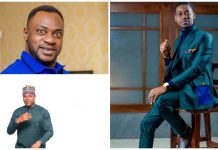 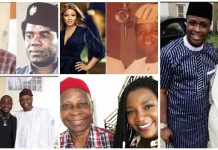