They say, there is a thin line between life and death and this is unarguable as people lose their lives daily.

A lot of Nigerian celebrities have lost their lives due to ill health or fatal accidents.

Fortunately, some of them survived the hit.

We presents you with 7 Nigerian celebrities who have survived chronic illnesses/fatal accidents.

In 2013, Nollywood actress, Ngozi Nwosu was diagnosed with kidney failure.

She got a N4.5 million lifeline from the Lagos State Government to assist in the treatment of kidney and heart-related issues, the actress, famous for her role as Peaceful Peace in Amaka Igwe’s soap, Fuji House of Commotion, has arrived the U.K.

Veteran Yoruba movie actor, director and producer, Taiwo Hassan, who is fondly called Ogogo, who was struck down by a devastating sickness some years ago, and he fully recovered from the sickness that got his family and loved ones very worried if he would come out of it.

Okereke had a fatal accident in 2005 in which she fractured her legs and sustained severe injuries on her face and other parts of her body but she survived it.

In 2015, Ernest Asuzu suffered partial stroke and this affected his career. After spending one year in Mercyland, Asuzu has been healed of his stroke, as he can now walk properly.

He was diagnosed with a congenital heart defect in August 1996 while playing for Inter Milan.

Following his recovery he launched the Kanu Heart Foundation, a non-profit organisation designed to help children born with heart defects get the corrective heart surgeries that they need.

Nollywood actress, Halima Abubakar underwent a successful fibroid operation in India in 2017 to the relief of her colleagues and fans. 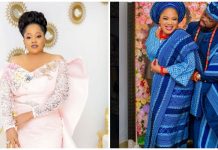 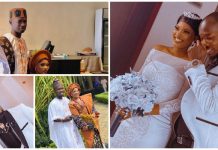 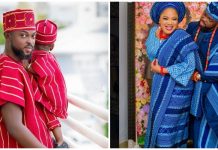 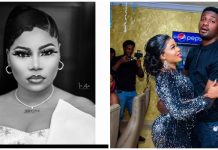 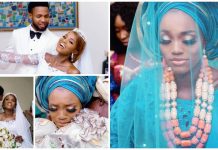