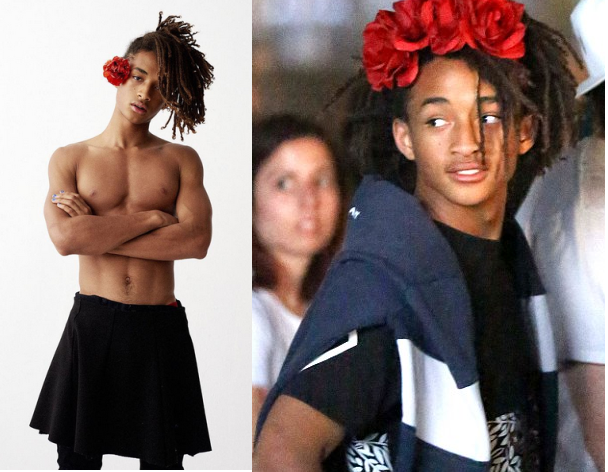 Will Smith has addressed his son, Jaden Smith’s preference for female clothing. This comes after Jaden featured in Louis Vuitton Womenswear campaign despite being male.Speaking on BBC Radio Xtra , he said about Jaden

You know there is a really powerful internal quality as an artist that as parents we encourage.You got to get out on the edge,you have to be comfortable doing things that people don’t agree with and be comfortable doing things that you could fail.”Jaden is one hundred percent fearless. He will do anything. As a parent, it’s scary — it’s really terrifying — he is completely willing to live and die by his own artistic decisions and he just doesn’t concern himself with what people think.”

On Willow,he said she doesn’t enjoy the same freedom as Jaden because she is just 15.He also said she has a curfew.. He said

Willow is 15 year old girl so we try to have the same rules but it is a different world.So yes,Willow has a curfew  “Fridays and Saturdays we give her until 11:00 to 11:30.”