Irreconcilable differences was the reason Angelina Jolie gave for their split, TMZ reports that Jolie filed for divorce over the way Pitt, 52, was raising the children. But according to new reports, it’s it’s more than that. 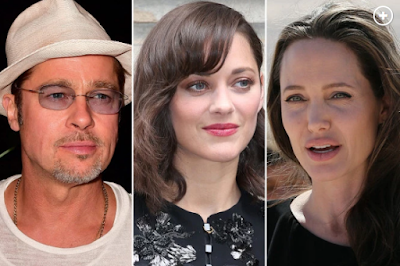 Read according to the report below…

Angela Jolie is divorced Brad Pitt after hiring a private investigator to spy on him on the set of his latest film where, she learned, he was cheating, a well-placed source said on Tuesday.

“She hired a private eye because she felt that he was fooling around with her on the set, and it turns out, he was. And that was the final straw,” the source said.

Pitt had been rumored to have been cozying up to his “Allied” co-star, Marion Cotillard, in London for months.

He and Jolie also had been sparring over their lifestyle, another source said.

She has increasingly wanted to quit Hollywood in favor of devoting herself full-time to her humanitarian work, while Pitt prefers Tinseltown, the source said. “The older she gets, the more serious she becomes, and she is sick of the Hollywood thing,” the source said.

She doesn’t want Pitt to have joint physical custody, just joint legal custody. He would get visitation, according to her filing.

Jolie is not seeking spousal support, the website said.

She has hired top gun Laura Wasser as her lawyer.