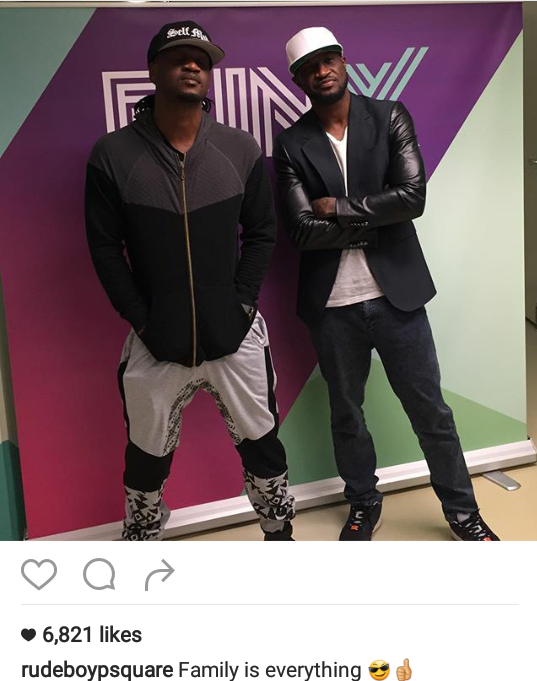 After his brother ,Peter apologised and announced they had reconciled,Paul did not corroborate him ,making some doubt they had really reconciled ..

Well,now he has confirmed they are back together ,writing, family is everything.

Their elder brother Jude, who Peter said was also back as their manager, is yet to say a word. 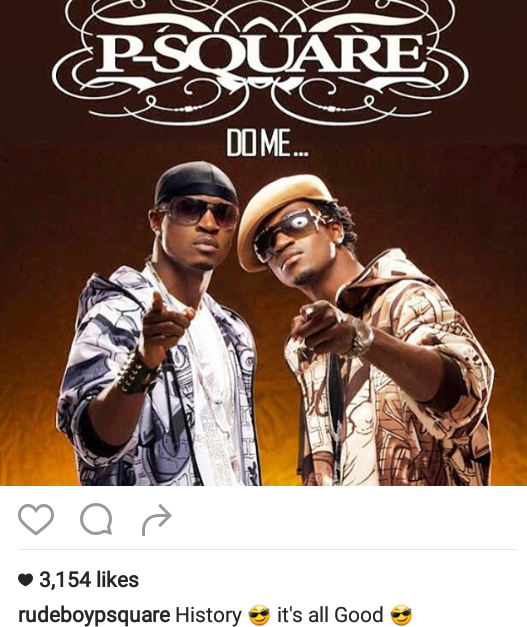