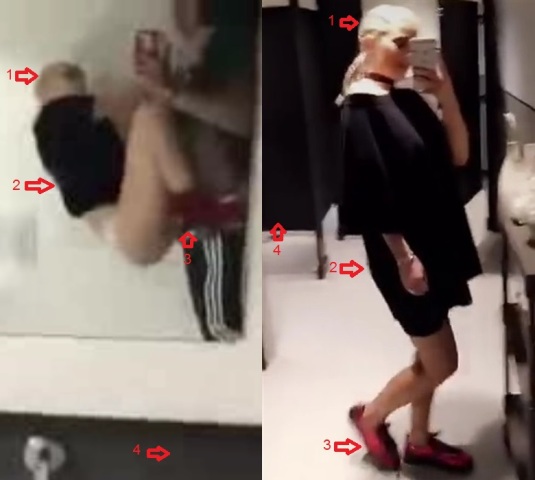 A website called CelebJihad is claiming to have a sextape of Kylie and Tyga. The tape, filmed by the man, was taken inside the changing room of a store. Trying to prove the people in the tape are really Tyga and Kylie, the website explained:

For Kylie Jenner has only ever gone out once with her

(1) hair blonde and in cornrows, and on that day she was wearing

(3) red sneakers. She also happened to film herself on Snapchat in a changing room with

(4) the exact same doors as the one in the sex tape.

However, TMZ soon shut down any speculation, confirming it’s neither Kylie or the rapper in the graphic video.

Sources close to Kylie say she and her camp have seen the alleged sex tape that surfaced on a website Thursday, and their only reaction is … it’s 100% not Kylie doing the deed.

She’s scoffing, particularly because the blurry woman with blonde braids doesn’t even look like her. Kylie was rocking that ‘do and similar clothing a couple months ago on Snapchat. Whoever “leaked” the tape attached her Snap videos to make it seem like the whole thing was real.