Justin Bieber took to his IG page to tell his fans that he will no longer take photos with them because that’s all they do when they see him and it makes him feel like a zoo animal.
Rapper T.I. agreed with him saying…

troubleman31@justinbieber I know a lot of people gon say u tripping…But I FEEL The exact same thing lil bro. Shits outta hand. Life should be lived…not recorded. ***But I’ll still take a pic from time to time…just respect when I don’t.” 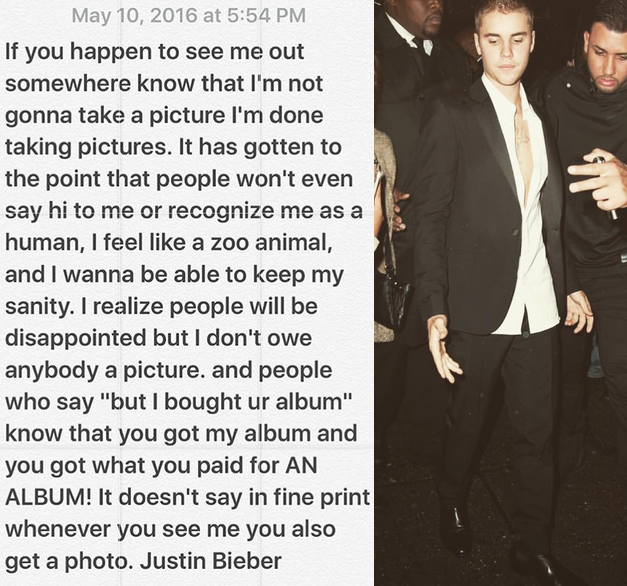 Justin Bieber has crushed many hearts after going on an epic instagram rant.According to the star, he is done taking pictures with fans because he feels like a zoo animal.He even says buying his album does not mean he will take a picture with you..