A man has found the perfect way of answering back to a scammer who repeatedly asked him for money on Facebook – by responding using only Adele lyrics.

Frank Flemming Jensen from Denmark, was approached by a woman on the social network who told him she needed money for a ‘plane ticket’ to come and see him.

However, he was clearly suspicious of her intentions and instead of ignoring her pleas he strung her along with dozens of soppy messages taken from Adele’s 2015 hit Hello.
The scammer did not initially realize he was being toyed with .

After stumbling across the amusing exchange online, fellow Dane Sebastian Kirk uploaded the conversation to Reddit where it has been viewed more than 300,000 times and attracted hundreds of comments. 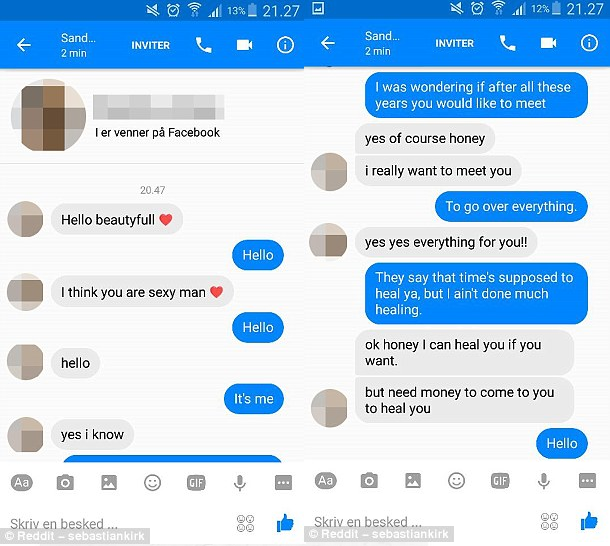 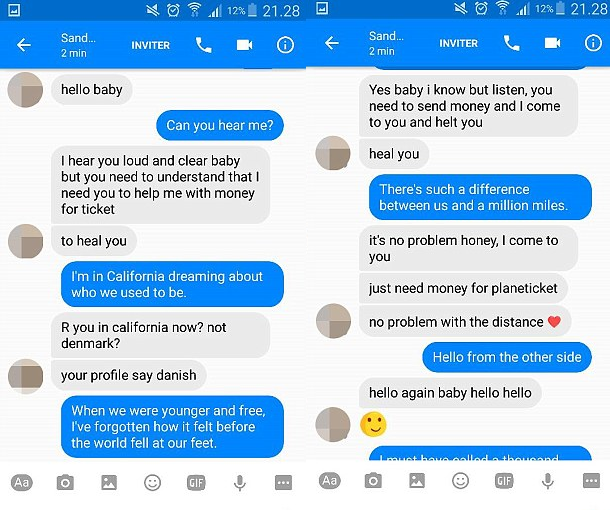 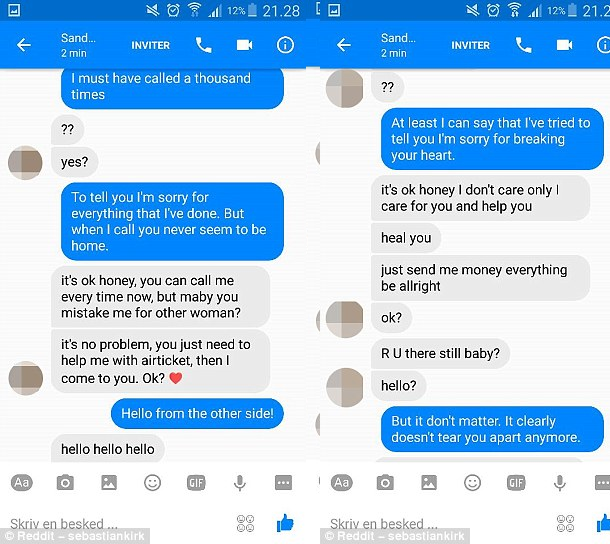 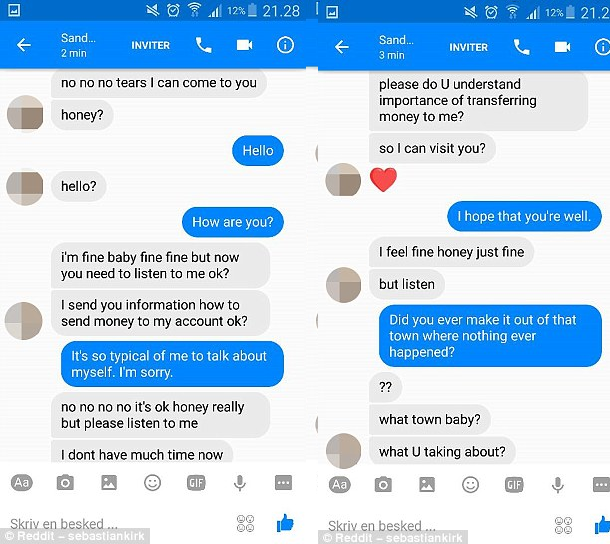 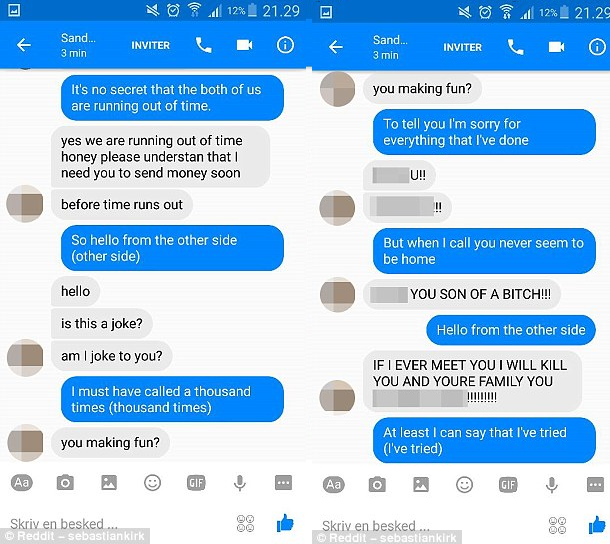 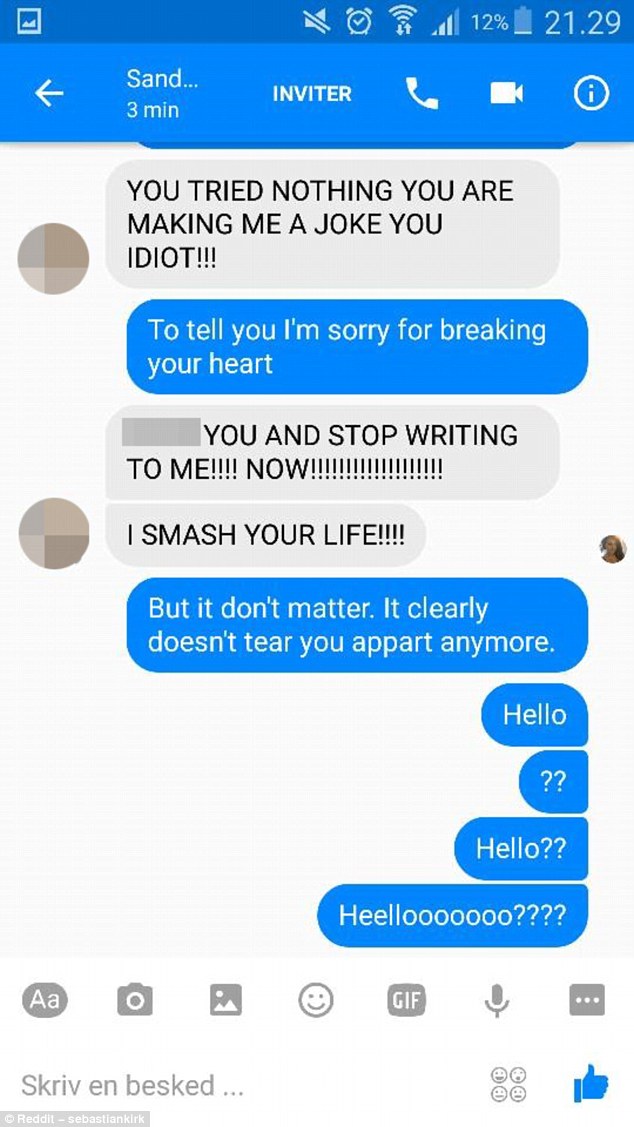 Nigerians react hilariously to viral story of how man organises party for bae only to have another boyfriend propose to her and she said...

Man expose lady who showed off purchase of a new car, shares photo of her in a bus

Internet users mock pastor who claimed he raised man from the d.ead (PHOTOS)

Hilarious conversation between an employer and an impatient applicant (Screenshots)