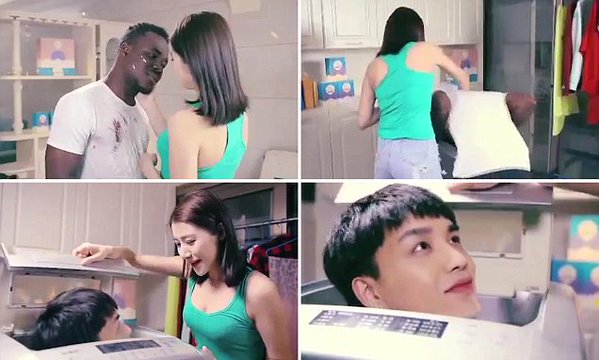 A Chinese laundry detergent company is under fire over a new commercial which many have interpreted as racist.

In the commercial for laundry detergent brand Qiaobi a Chinese woman is filmed shoving a black man into her washing machine with one of the company’s detergent pods and the man emerging as a  Chinese man.

The commercial reportedly started airing this month in China on TV and quickly spread online.The ad is being slammed on social media. 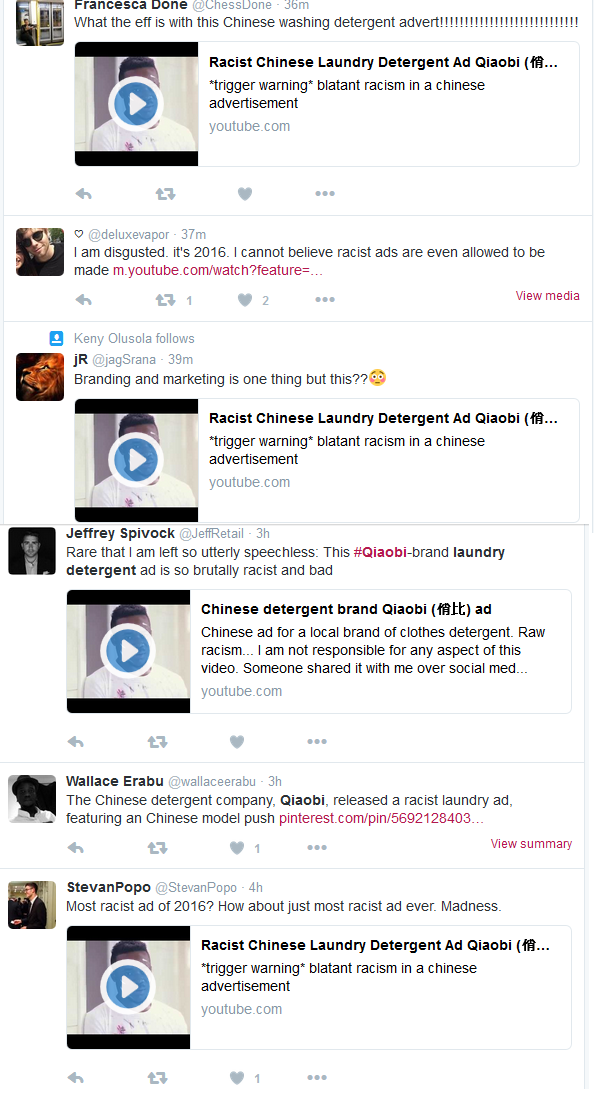