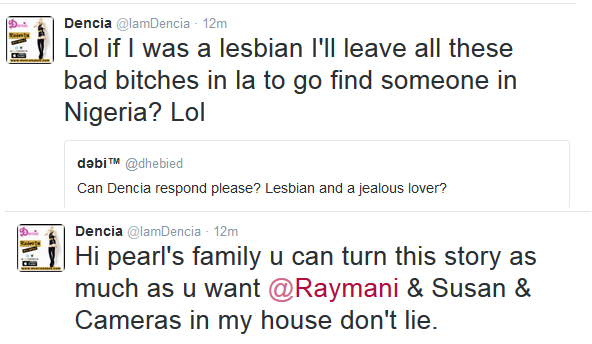 Whitenicious CEO and pop singer, Dencia has slammed reports she was Pearl’s l3$b!an partner and got jealous and decided to carryout a vendetta against her.

Following Dencia’s statement(here) about her staff and shopper, Pearl Chuks stealing 40 million + $13,000 from her,some argued that ,the only reason  Dencia would have entrusted her with such a huge amount of money,was if they were romantically involved.

Dencia who confirms Pearl is locked up,says the recent stories are coming from Pearl’s family, and vows she will retrieve her money. 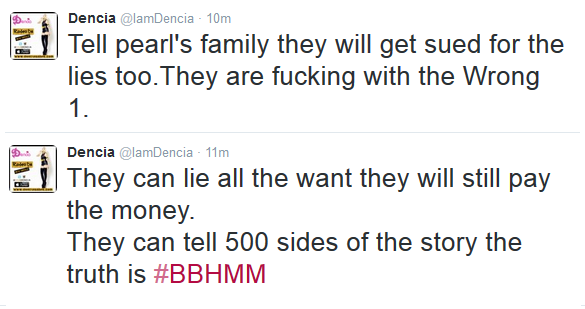 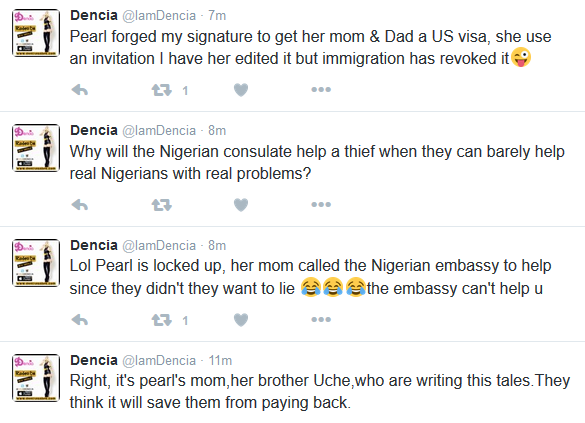 Messages Dencia reacted to as posted on twitter by @SubDeliveryMan 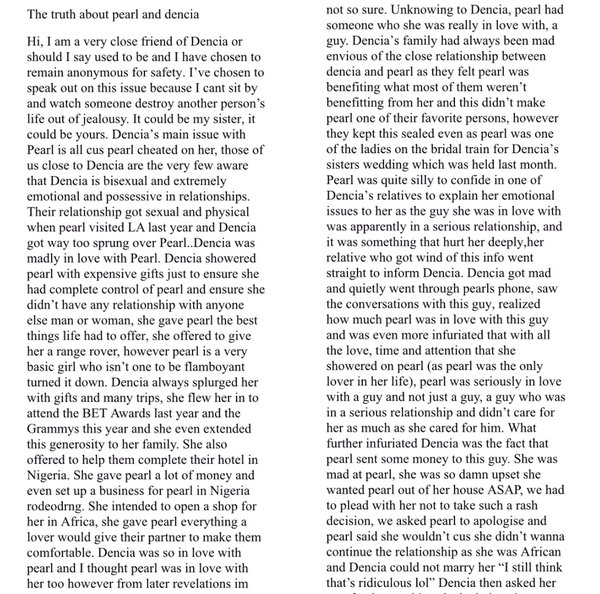 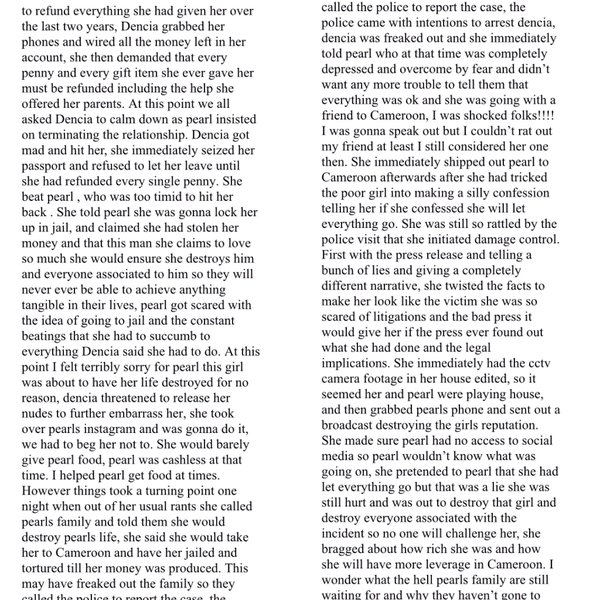 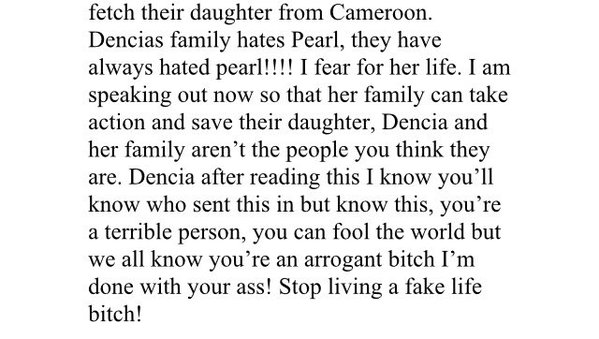