Home Business 5 people benefiting from the fall of Naira

– Parallel market traders as at yesterday was selling at N400 – USD1

Following the unprecedented free-fall of the Naira in value against the US Dollar, the currency has plunged more than 70% in the black market when compared to the parallel market since the Central Bank adopted its “managed float” exchange rate system.
Naira over the past months has been depreciating, hitting new lows oftentimes.
The widening premium between the parallel market rates and the official rates have increased the activities of speculators and round tripping further worsening the currency situation.
Several other market participants are also benefiting every day the Naira plummets against the dollar at the parallel market.
According to Nairametrics, here’s a list of people who stand to gain from the weak Naira:
1. Nigerians in DiasporaThis is perhaps the best time to live and work outside Nigeria especially if your income is in dollars. Sensing blood, many of them exchange their dollars in little tranches believing that today’s rate will always be cheaper than tomorrow. Some believe this is the best opportunity to buy land and houses as the value of the dollar has now risen by about 70% against the Naira while property prices have been somewhat depressed.

2. Commercial banksBanks have been under pressure since the price of oil began its devastating fall in July 2014. With huge exposures to the oil and gas sector they have seen their loans increasingly become risky with borrowers missing out on their obligations. However, they have also posted massive gains from forex as can be seen in their income statements at the end of financial year 2014 and the first 9 months of 2015.

Most people who purchase items online have also confirmed that banks charge them as much as N290 to the dollar even thought the CBN pegs the rate at around N199.

They perhaps the biggest benefactors of Nigeria’s forex woes. The CBN in January banned sale of forex to BDC operators accusing them of buying forex from the CBN at N199 and then selling at the black market. The CBN also noted that the BDC’s buy dollars from the CBN at N197 only to sell to their customers at N250. According to the CBN, BDC has risen from a mere 74 in 2005 to 2,786 BDCs today.

4. ExportersBusinesses engaged in exports are also huge benefactors of the declining exchange rate. Revenues from their exports officially should route through the CBN as export proceeds however it is understood that some of them move a chunk of that to the black market. With gains as high as 50% most of them find it hard to resist the lure of selling their hoard at the black markets rather than at the official window.5. Friends and associates of the Central Bank of Nigeria (CBN)

Reports suggests that people close to the management of the CBN or indeed the government are also befitting from the fall of the Naira. They get preferential treatment from the CBN by buying at official rates rather than at the black market rates where a lot of Nigerians go to.
In a related development, the Naira has continued its unprecedented freefall in value against the US Dollar. The national currency is now valued at N352 to USD1 on the parallel market, falling in value from N347 to the dollar yesterday.
While some market operators did sell at N352 – USD1 yesterday, the market rate appears to have been in flux between N347 – N352. Our currency was trading within a range of 352 and 360 a dollar on the parallel market on Wednesday, February 17, down to a new record low from a range 347 to 352 on Tuesday due to persistent dollar shortages amid control by the central bank.
If you want to keep track of the issues and events that will effect the economy and the strength of the Naira, you can read our updates on the price of oil and the Naira – US Dollar exchange rate on the parallel market. 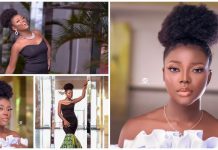 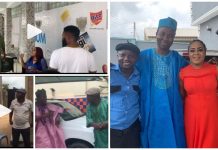 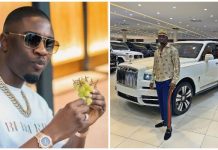 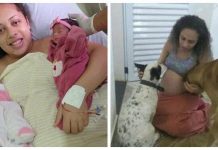