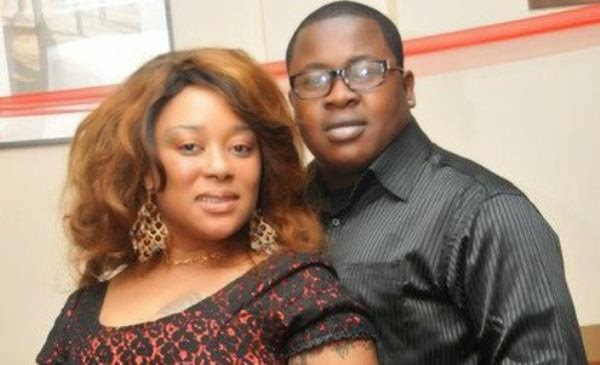 If you are standing, please grab a seat right now. Some of Yetunde Oduwole’s close friends have come to her defense.

This group of people claimed that Baba Tee reportedly used African juju to force Yetunde into having an affair with him. According to this group of friends, two actors, (Tayo Adeleye and Muyiwa Adegoke popularly known as Londoner), Yetunde accommodated in her apartment in 2011 were dumbfounded when they heard that she was dating Baba Tee.

One of the two actors actually disclosed that out of the three of them, it was Babatee Yetunde
loathed. She did not fancy him from day one. She even tried to mend fences between Babatee and his girlfriend; Bola who lived in Manchester. But Baba Tee started to bother her to date him instead. Baba Tee was said to have lied to Yetunde that his prophet revealed to him that his future wife would be found in London and she would have given birth to two kids.
He told Yetunde that Deji, Pasuma’s Manager took him to the prophet who revealed that to him. And that, Yetunde was the one revealed to him in the prophecy. We were told Yetunde refused to believe that at first and didn’t pay him attention. But how Yetunde later succumbed became a mystery which her friends and family could not comprehend. 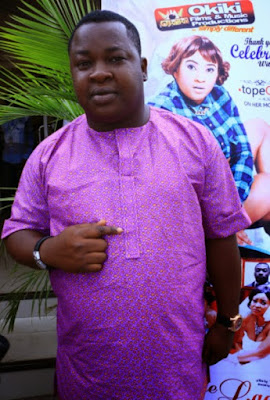 Baba Tee has been begging Yetunde to marry him so he could come and settle down in the UK right from the start of their relationship. He was said to have complained that he was not earning much and would like to relocate to the UK. And each time Yetunde tried to do it; it bounced. Which must have been God at work.

When some of his Yoruba industry people heard of this plot; they turned their back on him and refused to invite him for any job. Even his Adebayo Salami caucus.The source revealed that Baba Tee reportedly made loads of love advances to Yetunde’s friends behind her back. One of her friends told us that he came to her house behind Yetunde’s back professing love to her and begging her not to tell Yetunde when he was kicked out of her flat; but Yetunde wouldn’t listen to anyone when told.

When asked, one of Baba Tee’s colleagues said Baba Tee has really dragged the industry’s image in the mud because the whole world would now start to think Yoruba actors are diabolical and rely on ‘juju’ to get their women. The actor claims to know all Yetunde has done to Baba Tee and that he is just being ungrateful. According to him:

“No one bites the finger that feeds you. This woman brought Baba Tee out of the gutters and brushed him up. I know how he was accompanied by another actor to Yetunde’s parents house to beg for Yetunde’s hand in marriage. We all knew how he begged. So all these lies he is now telling is really shocking”.

Baba Tee was also revealed to have reportedly cheated on Yetunde severally. He was seeing this present girl even while he was with Yetunde. He even brought the girl’s brother to sleep over at Yetunde’s house several times. Another source; who prefers to be called Riyike told us that the first thing Baba Tee shows to his prey is his less endowed manhood. Saying to them that he might have a penis as small as a match stick but they should not look at that because he would be a good man and he would dance to their rhythm. And satisfy them in other sexual ways.

One of Baba Tee’s friends also told us that Yetunde has been a good woman to Baba Tee. She did not date any other man for good four years. Even Baba Tee testifies to that. Yetunde has gone to a lot of extent to help Baba Tee. Even when he had no house, no money to renew his visa and when he was almost stranded when he could not afford his ticket to France, Yetunde was the one who begged K1 to give him money to buy his ticket.

If such a man is now ungrateful and goes to the Internet to spoil a woman who has helped him severally; then nemesis is the only justice.

“Must he even reveal the new woman in his life this early? It shows he doesn’t even have respect for Yetunde. I pity that new girl. She might just have a long way to go in her effort to find a husband.”