The drama between Yul Edochie and his gay stalker seems to be never ending. A few months after calling out one Steven Ugochukwu Onyebuchi, (pictured above) on twitter over claims the man was stalking and pleading for a gay relationship with him, actor Yul Edochie this morning took to twitter to release screen shots of chat messages with the alleged gay stalker. He also released chat messages between the man and another Nollywood actor, Johnpaul Nwadike who he claims the stalker had also hit on.

Yul in his tweets stated that he is neither gay nor bisexual as is being peddled by Onyebuchi, who opened an instagram page, (which has since been pulled down) immediately the story hit social media to state his own side of the story. See some of the chats Yul posted and what Onyebuchi shared on his instagram page after the cut. .. 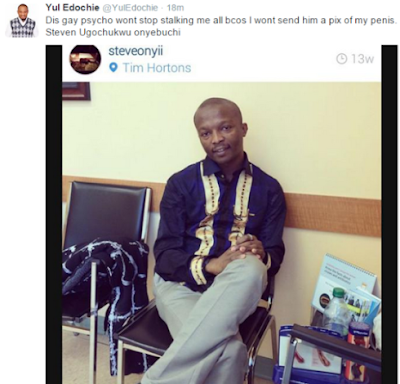 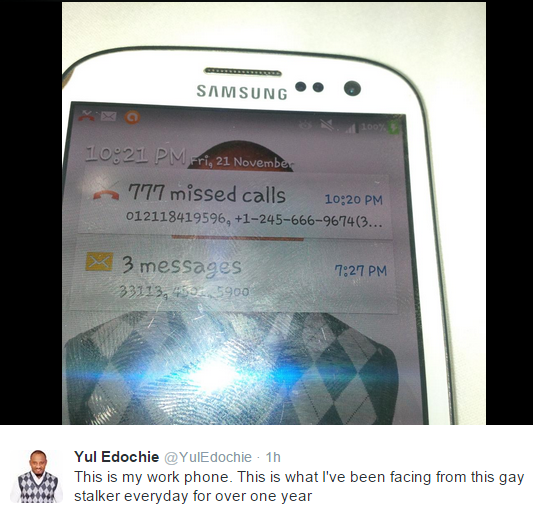 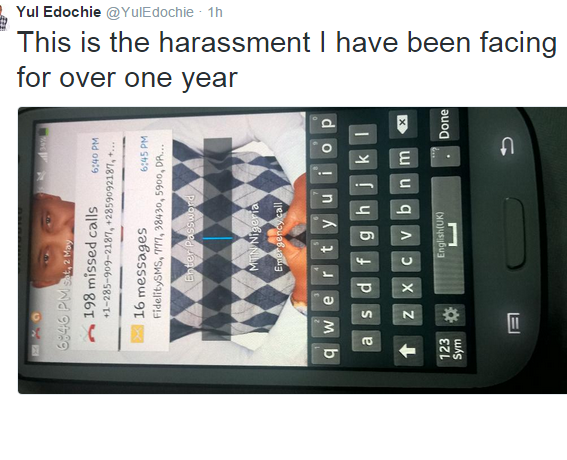 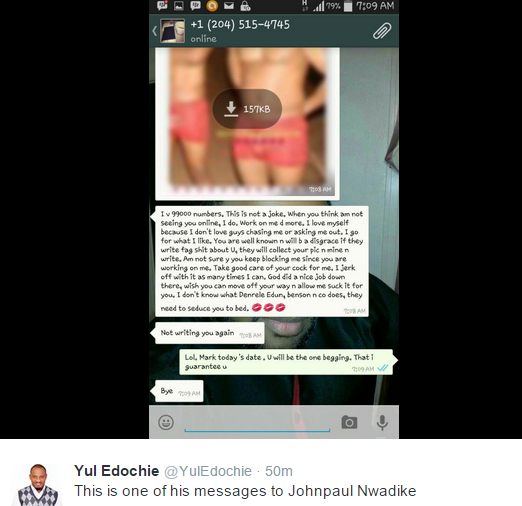