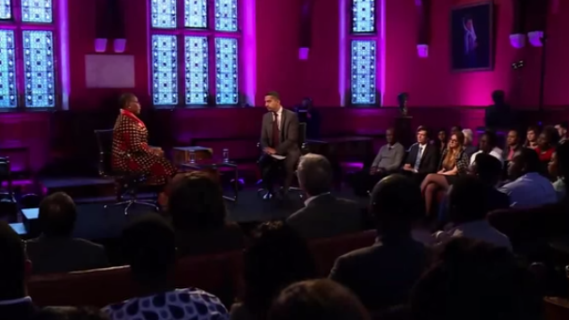 Former Minister of Education and convener of the Bringbackourgirls group, Oby Ezekwesili was a guest on Al-jazeerah’s Hardtalk which aired on Friday  May 1st and it has got many people on social media talking. Many believe she responded very intelligently throughout the interview but expressed their reservations regarding her response when she was asked if the administration of her former boss, Olusegun Obasanjo who she served under as Minister of Education was as corrupt as what many have described it to be.

“I really like empirical evidence..and right now you don’t have any. You just assumed” – she told the reporter. More stuff she said after the cut…

According to Oby Ezekwesili, Obasanjo’s government was not as corrupt as the government of Late Sani Abacha

“There was no way it could have been more corrupt that the government of Abacha. I am sorry” she said

Asked what she makes of the Wikileaks report that quoted former EFCC Chairman, Nuhu Ribadu telling the US Ambassador in 2007 that although in the Abacha days, only Abacha was the sole thief in his government, in the Obasanjo administration, everyone was a thief, Oby Ezekwesili replied

“The next person you should invite to your show should be Nuhu Ribadu. Its not about rejecting his views. I don’t have counter-factory evidence on the basis to reject it”she said

Asked how corrupt is former President Obasanjo is in her view, she said

“Is that supposed to be a question on the basis of some factual thing that you are putting before me? My sense of President Obasanjo was that he gave me the freedom to define the work that I did that public procurement was more transparent than it used to be”she said

According to Dr Ezekwesili, the Obasanjo administration had some corruption challenges and as the President then, Obasanjo was aware of the elements of corruption

“He was aware of the elements of corruption and it was his responsibility to tackle those issues of corruption. We tackled corruption but we didn’t succeed fully. We didn’t” she said.

Dr Ezekwesili later said she will be reacting later today to all the rumbles that her interview has
caused. 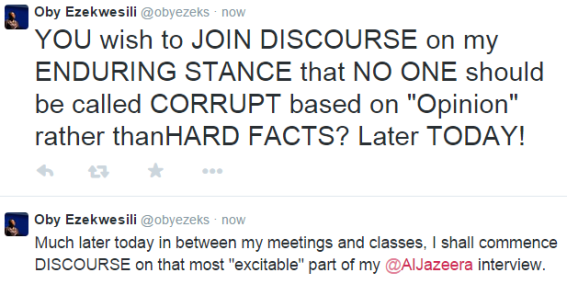 Watch the interview video below…