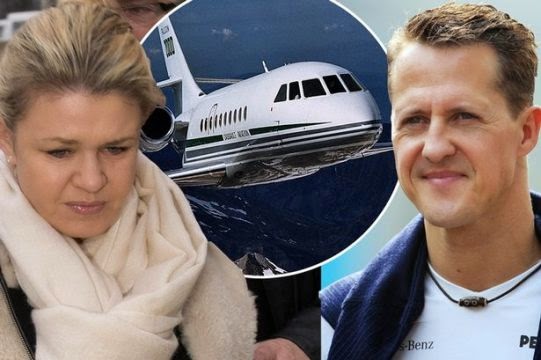 Michael Schumacher was left disabled after a ski accident in December 2013 that caused major brain injuries which doctors say he will never fully recover from. According to new reports, Schumacher’s wife Corina has sold his $40million private jet and a holiday mansion in Norway after accepting the formula legend won’t be able to use them again. Insiders say his rehabilitation is not progressing.

Michael was worth over $600m before the devastating accident left him unable to function. He still can’t speak and is immobile. Corina, who manages his empire, is reportedly also planning to sell another family home in France, where Michael and his children were staying before the ski accident.

The family currently lives in their mansion in Switzerland which has been specially adapted for the 47 year Formula 1 legend with a team of doctors, nurses and technicians working around the clock