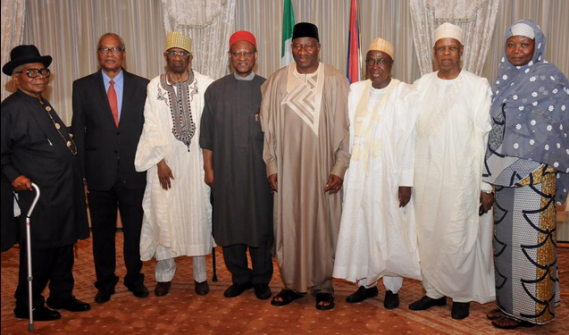 Members of the Presidential Advisory Council on International Relations held a valedictory session for President Jonathan over breakfast at the Presidential villa today May 5th.Leader of the group and former secretary general of the Commonwealth, Chief Emeka Anyaoku said they came to express their gratitude to him for conceding defeat at the presidential elections. 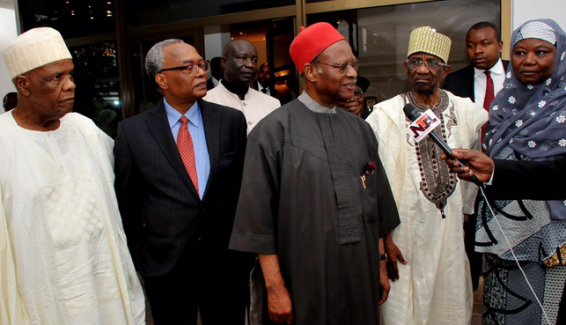 “We had an excellent valedictory meeting. It was the last for our council, it was the last time we are meeting with the outgoing President. We told him that our nation Nigeria owes him a huge debt of gratitude for what he has done in terms of the success of the elections and above all in terms of the gesture of picking up the telephone and congratulating the President-elect even before the final results of the elections were announced. That singular act has earned our country a great deal of admiration and respect abroad. We thanked him and congratulated him and wished him well in his future endeavour.” he said 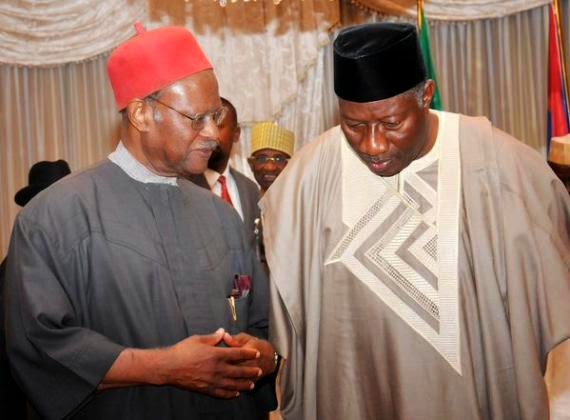