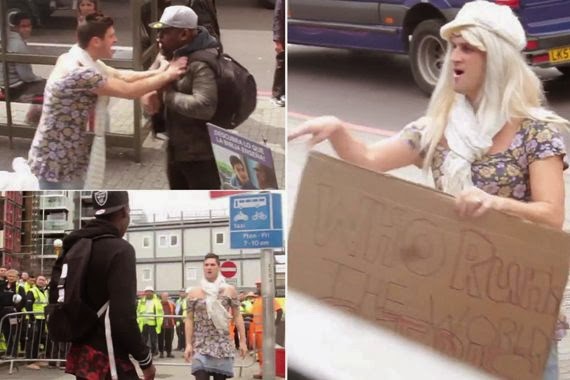 This is the shocking moment a ‘transgender woman’ launches a street attack on five passersby – after a man pulls off her wig.

Footage shows a man, who is dressed as a woman, dancing in a London street, holding a sign that reads: ‘Who run the world? Girls’. But moments later, a man approaches aggressively and pulls off the performer’s wig. Within seconds, the transgender woman completely switches persona, and reverts to a gruff male voice before attacking five pedestrians for ‘laughing’. 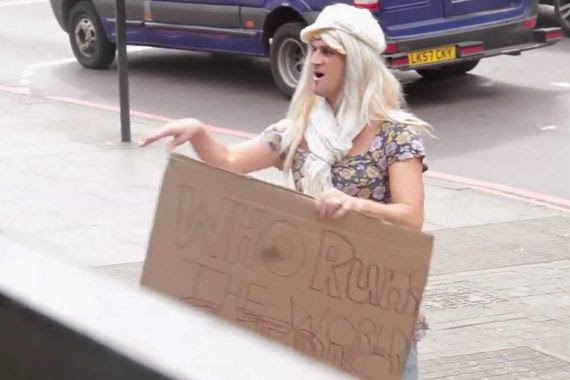 Leaving all five men unconscious on the floor, the now wigless man scares off another two onlookers by screaming loudly in their faces.

The shocking clip was actually set up as part of a social experiment by Trollstation, to see whether any bystanders would intervene. 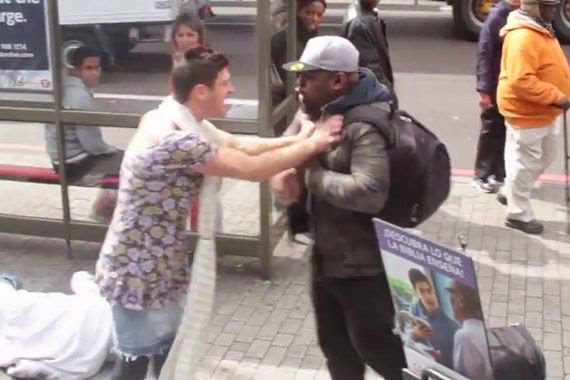 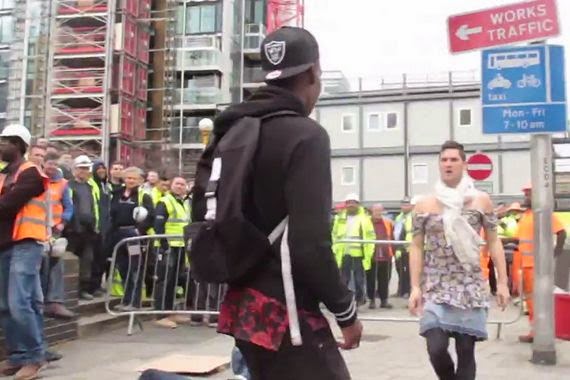 No one did, but viewers have claimed it is because the footage is unrealistic.
One wrote: “It would have been more believable if you beat up less people, maybe 2 at most, get a choreographer to teach you how to a least make a believable fight. It would be more impactful.” 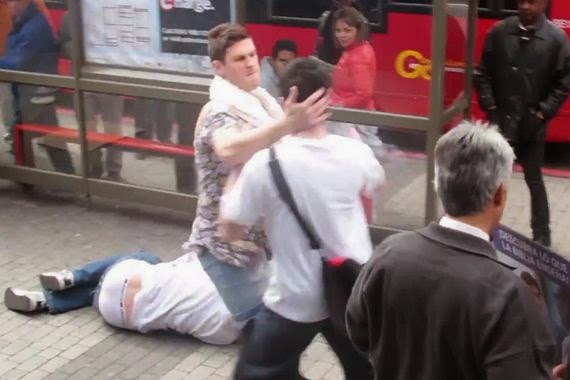 Another added: “It looks fake though, that’s why no one got involved.”

Check out the video below