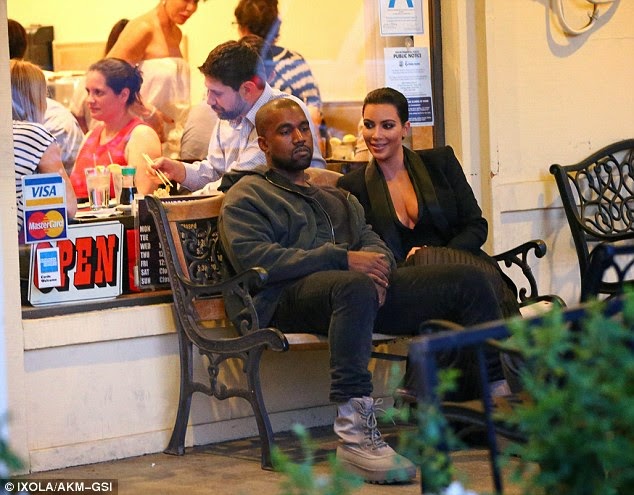 Kim Kardashian and hubby, Kanye West failed to get the VIP treatment on Thursday night when they rolled up to a sushi restaurant… and were forced to WAIT for 30 minutes for a table.According to DailyMail,  the couple had arrived Shibuya Sushi in Calabasas following Kim’s appearance on Jimmy Kimmel Live in the hope of grabbing a quite bite to eat. The restaurant was packed, and just like any regular customer, the couple were told to get in line.Kimye, who had turned up in their new Rolls-Royce Phantom, were pictured sitting outside on a bench; Kim, 34, appeared unfazed, even smiling, while Kanye, 37, struck one of his customary sulky faces. When they were finally seated, they were given a table right by the window – hardly the choicest in house. Pics continue after the cut 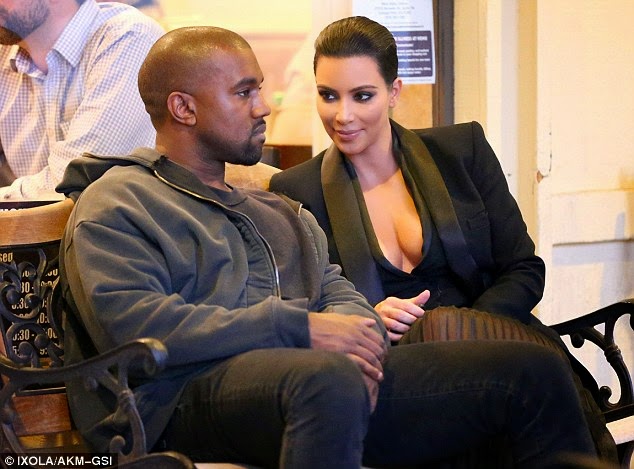 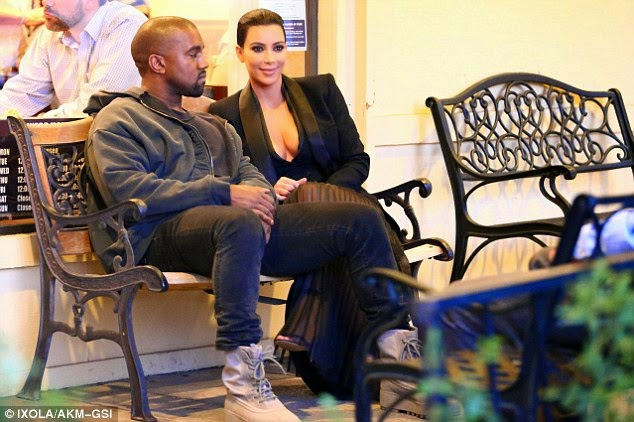 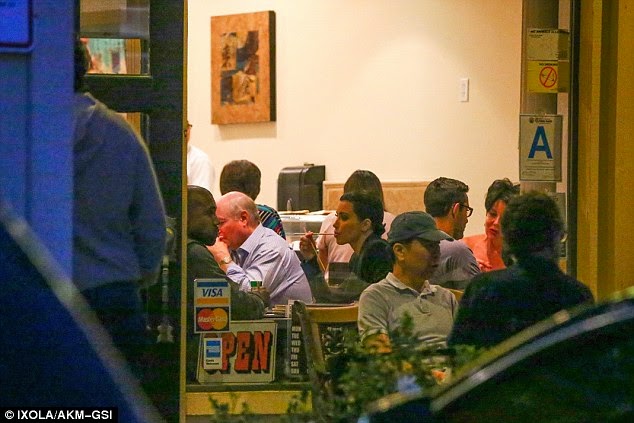 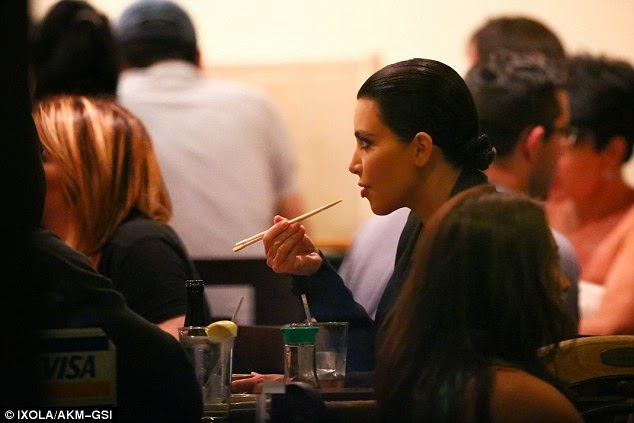 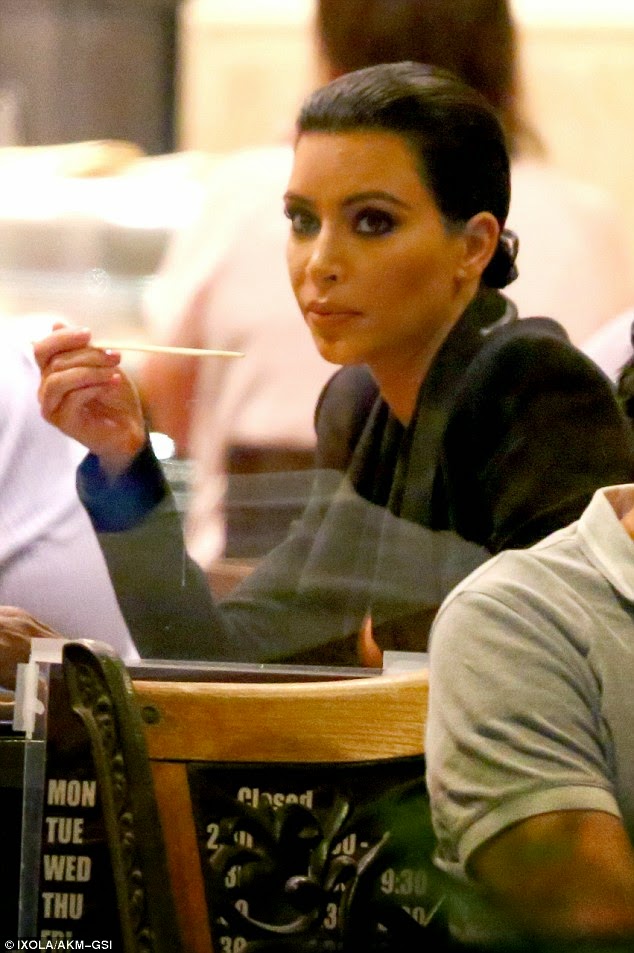 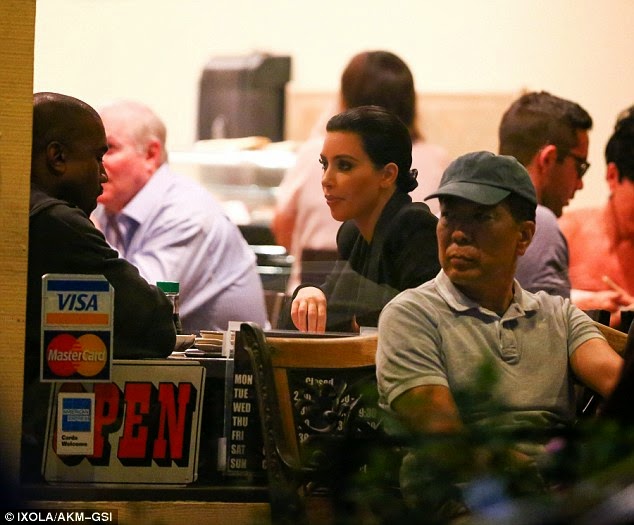 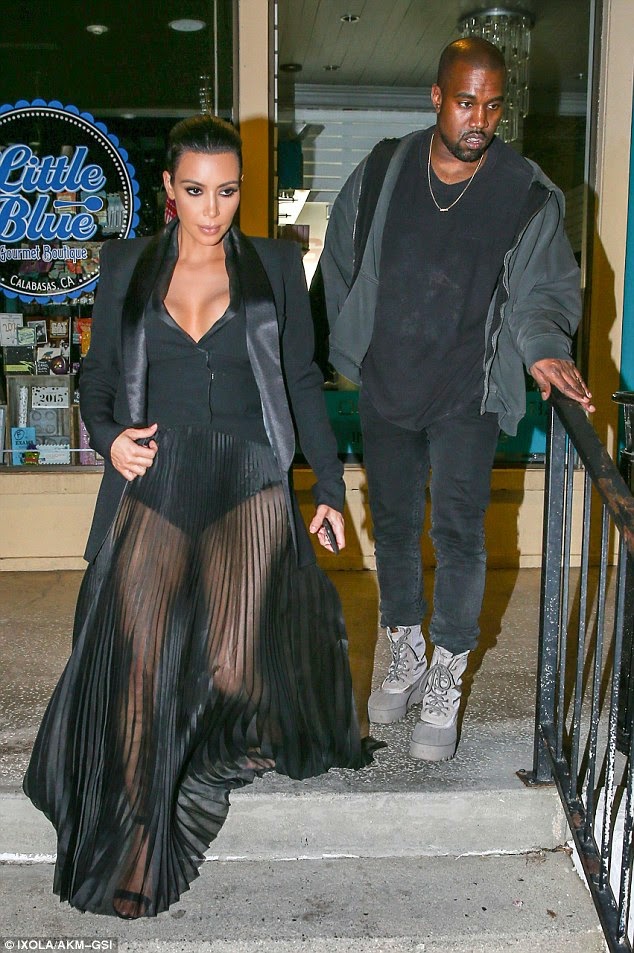 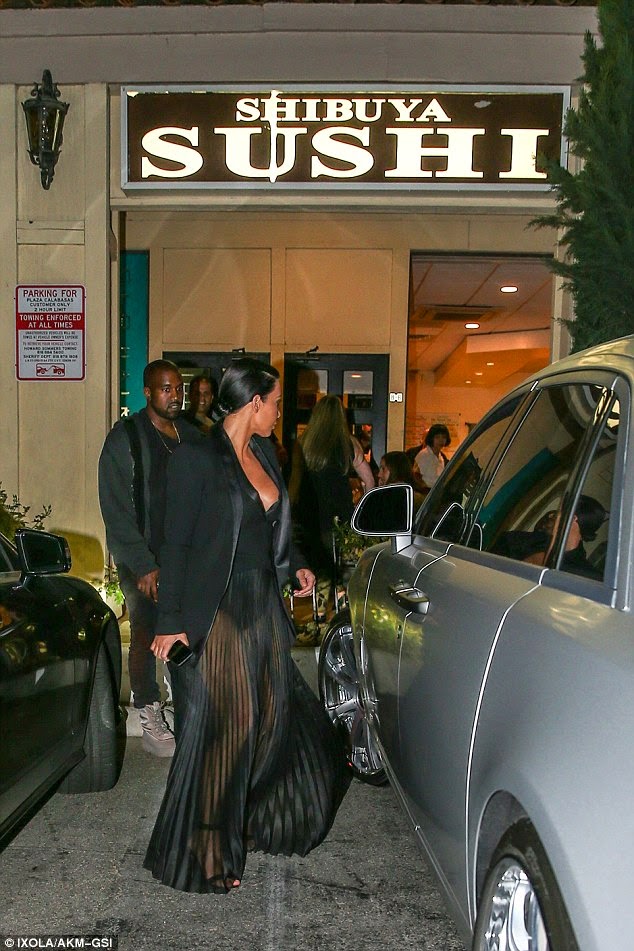