I am a firm believer in the virtue of magnanimity in victory. I also think that, as Frank Sinatra once said, “Overwhelming success is the best revenge.” So if I were to advise President-elect Buhari, I would say he should resist the urge to take revenge against people who threw the kitchen sink at him during the last election. His overwhelming electoral success, in spite of expectations to the contrary, is enough revenge. Nevertheless, for President-elect Muhammadu Buhari to signal to the world that the change he promised is not a mere mealy-mouthed election-winning mantra, he must get rid of certain intolerably insidious elements of the ancien régime before he even gets down to work. My only caveat is that if he will merely replace them with people who will replicate their notoriety, unprofessionalism, and toxic partisanship in his government, then there is no point reinventing the wheel. The same people will change loyalty and render the exact services they rendered to Jonathan—with, of course, the same results. And we all know what the results are. If Buhari is prepared to be a real change agent, to be the catalyst for Nigeria’s structural and systemic makeover, to be the trendsetter for future generation of transaction-oriented leaders, he should get rid of the people listed below and tell their replacements never to repeat their mistakes: 1. Marilyn Ogar. The spokesperson for the Department of State Services (DSS) has no business being in her job. I would lose confidence in Buhari if he doesn’t fire this woman immediately he gets down to business. She was thoroughly and unprecedentedly irresponsible in the explicitness of her political partisanship. She is the most despicable spokesperson the DSS has ever had the misfortune to be saddled with. Given the centrality of the DSS to the internal security of the country, we can’t afford to retain a person with her mindset and level of hate at the helm of the agency’s information management. 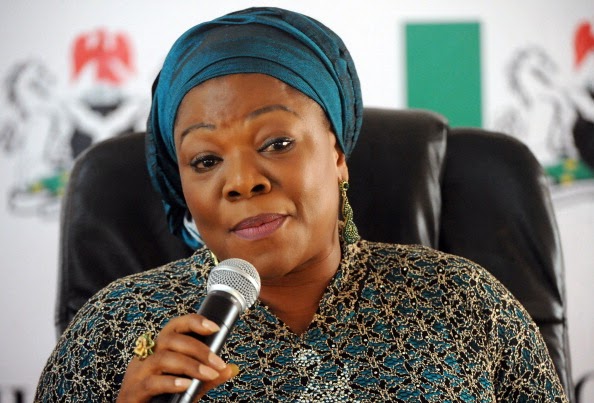 It’s impossible to recount all the appalling things she said in the discharge of her duties in the past few years, but a few gems will suffice. When APC won the Osun governorship election in 2014, for instance, she said, “We should thank God that since after the Osun State election there has been no bomb blast. Glory be to God.” She basically implied, without a shred of evidence, that APC was responsible for the bomb blasts in Nigeria. She also dismissed the #BringBackOurGirls movement as a “franchise” of terrorist organizations. That level of obnoxious partisanship is unacceptable for the spokesperson of the nation’s top intelligence agency.

2. Suleiman Abba. In my November 29, 2014 article titled “Suleiman Abba: Inspector General for the President (IGP),” I wrote: “Let’s stop the pretense. We have no Inspector General of Police in Nigeria. What we have is an Inspector General for the President. It’s still IGP, but we know what the “P” in the initialism actually stands for. IGP Suleiman Abba will certainly gown down in the annals as the most openly politically partisan police chief Nigeria has ever had. “….Abba has carried on as if he is no more than an appendage of the president’s office. But it isn’t his overzealously undisguised partisanship in and of itself that is unusual; it’s the bewilderingly tasteless showiness with which he is doing it. “From instructing his men and women to forcibly deny members of the House of Representatives entry into their chambers, to initially spurning the invitation of the House before grudgingly accepting it, to refusing to recognize the legitimacy of the Speaker when he appeared before the House, Abba has stepped outside the bounds of decency and conventional policing. He has redefined his role as not the chief law enforcement officer of the nation but as a protector of the president and a tormentor of his opponents. These days it’s hard to tell the IGP apart from the People’s Democratic Party’s hacks and spin doctors. In fact, he seems to be doing a better job at defending the PDP and the President than the people who are paid to do so. Any Inspector General of Police who outdoes hacks and spin doctors in political propaganda is beneath contempt.” 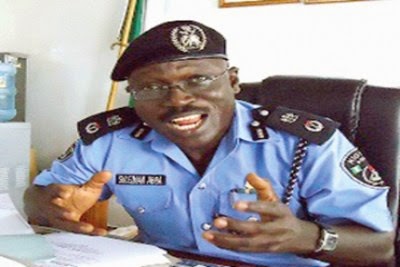 No one will take Buhari seriously if he does not fire Suleiman Abba. I will personally transmute into Buhari’s severest critic if he retains Abba.

3. Service chiefs. All the political service chiefs that conspired with Goodluck Jonathan to cause a shift in the date of the presidential election should be fired. They were clearly partisan and unprofessional in ways that have no parallel in Nigeria’s democratic history. While we are at it, Brigadier Olaleye Lajide, the rabidly obsessive army spokesman who lied to the news media that Buhari had no school certificate, and that Buhari got enlisted in the army on the written recommendation of his principal, should be fired. He would do a better job being PDP’s spokesman. In the last few months, the Nigerian military got embarrassingly politicized, and they in turn militarized our politics. A politicized military of the kind we witnessed under Jonathan has no place in a democracy, especially a democracy brought about by the thirst for change. They are a danger to the nation. Buhari should weed them out forthwith if he truly means change.

4. NTA chief executives. No one watches the Nigerian Television Authority these days. The few who watch it do so either because they have no option or because they are curious to know what the heck the dinosaurs at NTA are up to. All NTA does now is, to use my description of the organization in a 2004 article titled “Tonie Iredia’s Propaganda on NTA,” assault “our sensibilities with cheap, unimaginative propaganda,” and being an “irritatingly boring, one-sided propaganda mouth-piece of an insensitive, incompetent and unbelievably venal government.” NTA was particularly vicious in its propaganda in the last presidential election. For NTA to be worth viewing again, its top dogs need to go. Never again should we have the kind of NTA we had in the months leading up to the election.

5. The corrupt fat cats at NNPC.

Who else should go to smooth the path for the change Buhari promised us? I’d love to read your thoughts.