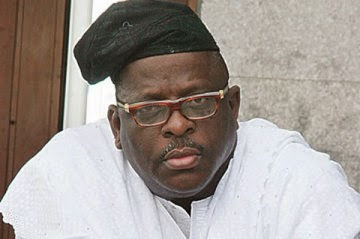 Peoples Democratic Party, (PDP) chieftain in Ogun State, Chief  Toyin Umar said the move to extradite the senator-elect Prince Buruji Kashamu is an attempt to witch-hunt the financier of the PDP in the South West because he hadn’t committed any crime.

Chief Umar in a statement yesterday, said that Kashamu had a judgment from the United Kingdom over the drugs case which exonerated him then hence there was no point bringing back the same case because he had been cleared.
“I urge the brains behind the move to stop witch-hunting him. This same case was mentioned in the UK some years back, it ended up in favour of the senator-elect”, he said.According to Umar, those behind Kashamu’s extradition moves are only doing it to run him down for political reasons.

”Buruji Kashamu has no case with the USA, its just that some people are trying to run him down.

“If truly the Senator-Elect has a case to answer in the United States of America, the authorities know the right thing to do, and not that, some people would be flying a  kite for his extradition.