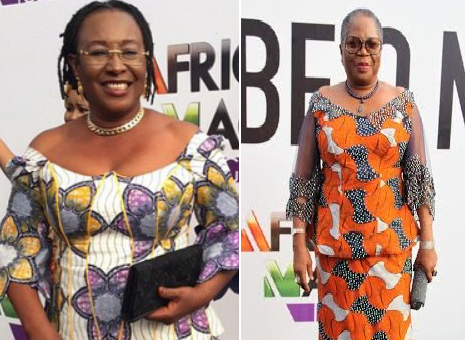 The President Goodluck Jonathan 2015 presidential campaign has left a lot of bad blood in its wake; turning sisters against sisters and causing erstwhile good friends to be at daggers drawn. One of the irreconcilable differences brought about by Jonathan’s recent bid for the presidency is the brawl between the singer, broadcaster, actor and Director General, National Women Centre, Onyeka Onwenu and popular actor, Patience Ozokwor. Onwenu had made it her business to have a majority of the creative population in Nigeria channel their request to see Jonathan and/or participate in his campaign.

For an actor or musician to go around Onwenu to see Jonathan, his/her connection in Aso Rock Villa had to be very strong. So Onyeka was allegedly miffed when Ozokwor managed to get attention from Aso Rock on her steam. Try as she did to issue an order that Ozokwor should revert to her, it just didn’t work. Ozokwor must have summoned extraneous powers from the ‘evil’ role she frequently plays in Nollywood to keep Onyeka off her track.

The fracas between the two Igbo women was not unconnected with who should control disbursement of the Jonathan campaign fund to a group of certain artistes. At one of the meetings, the centre just couldn’t hold any more and things fell apart. Onwenu and Ozokwor allegedly openly abused themselves and called each other names. It took the intervention of Dame Patience Jonathan to calm the fighting women. They simply respected her but have continued to trade tirade at every opportunity.