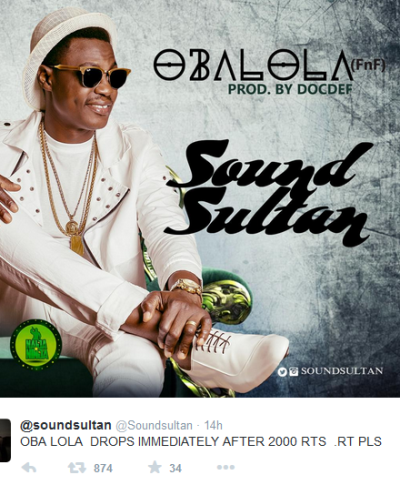 Choi! Nigerians have no chill. Lol. So here’s what happened. Earlier today, singer Sound Sultan told fans he was dropping new music but told them he would drop the song after 2000 retweets. Well, as you can see, 14 hours later, there’s just 874 retweets. Instead of Nigerians to cooperate, they are busy having fun at his expense and making him trend. Twitter sef…lol. See some tweets after the cut.. 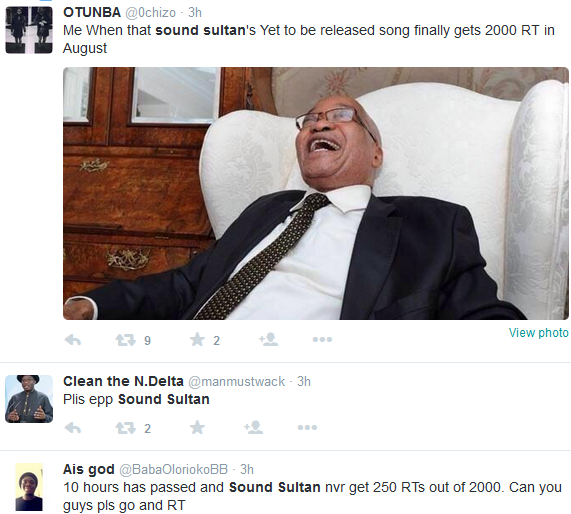 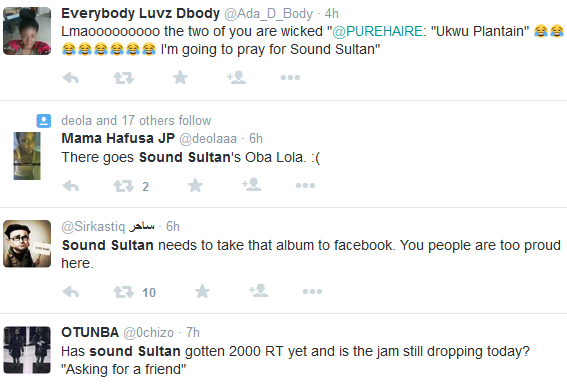 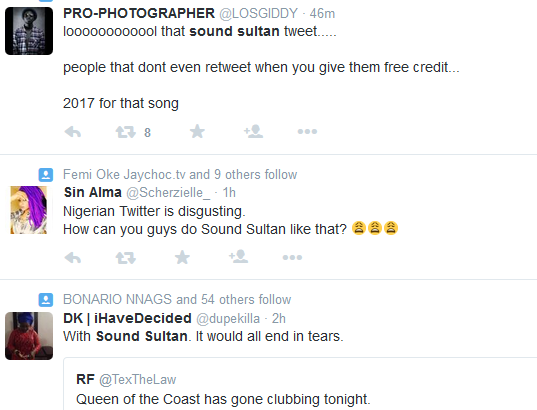 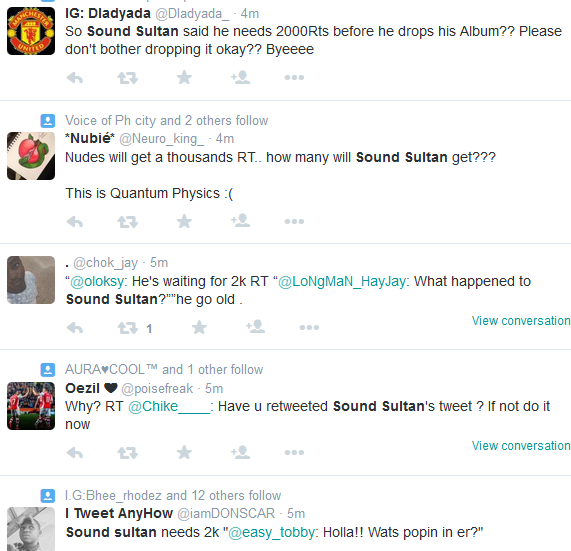 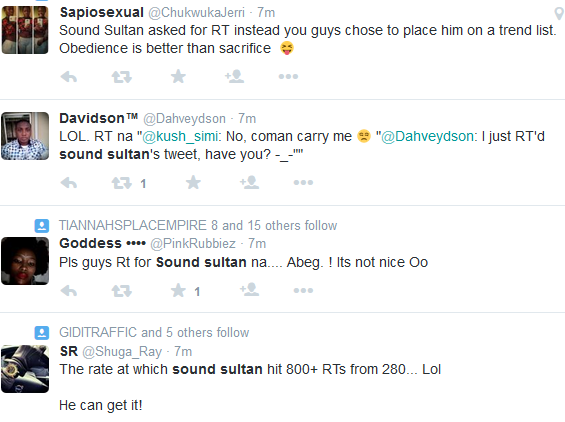 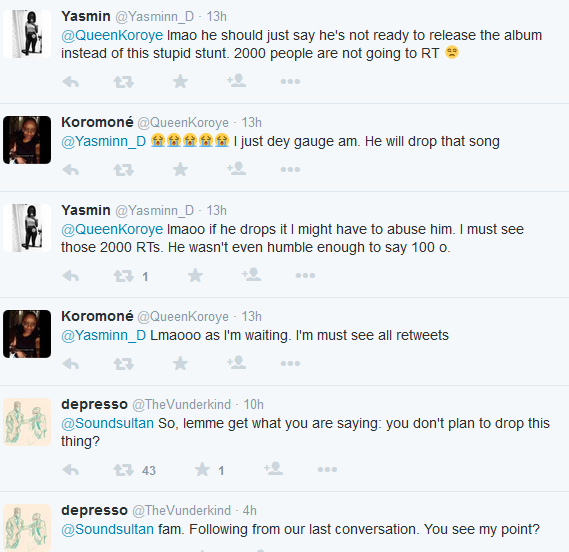 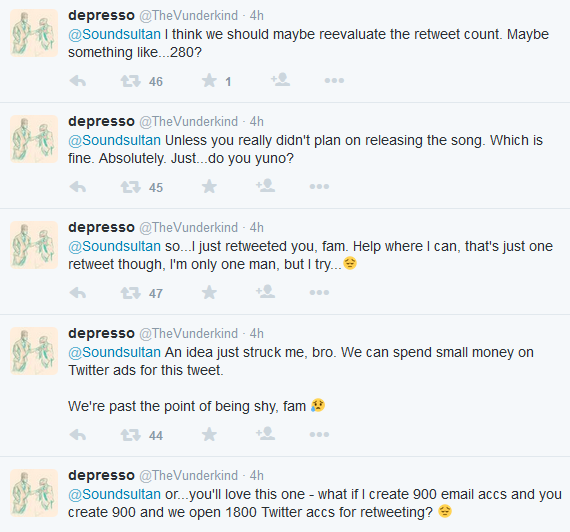 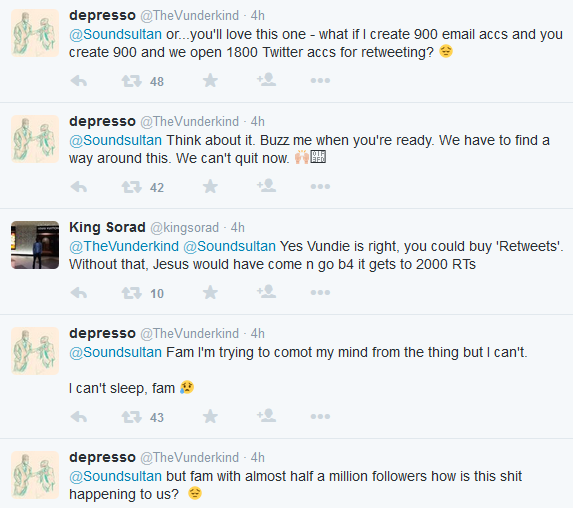 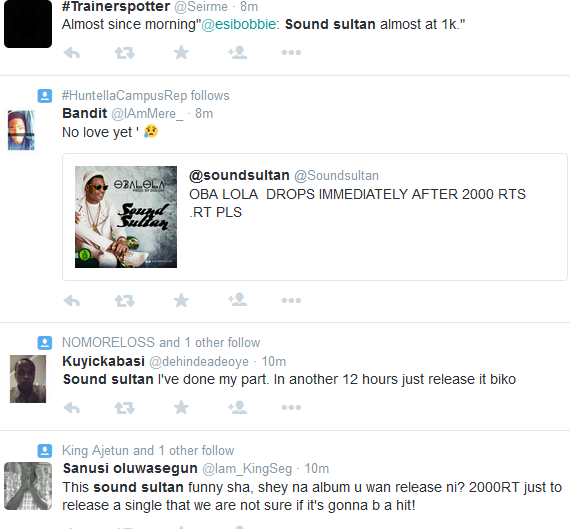 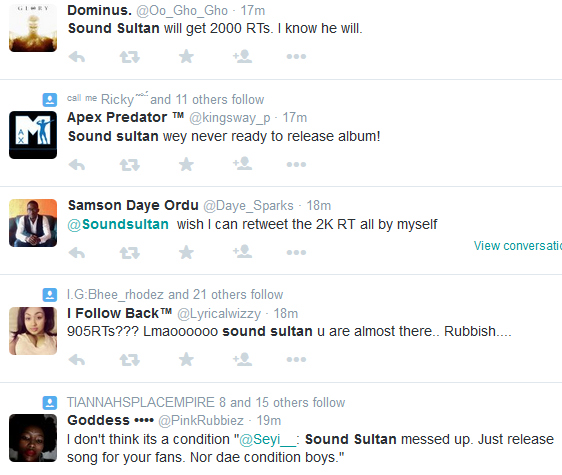