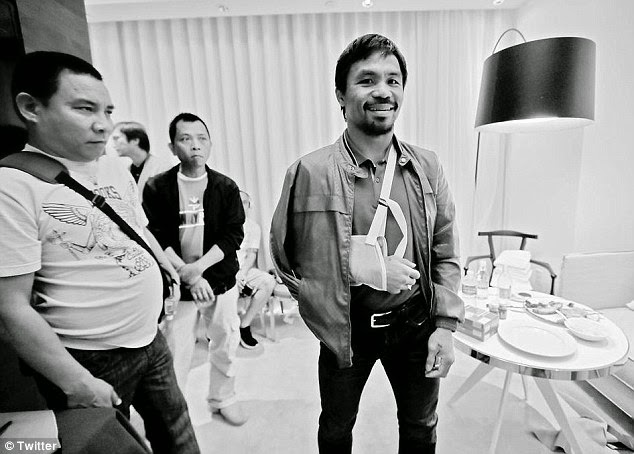 Above is a photo of Manny Pacquaio just two days after fighting and losing to Mayweather. His hand is in a sling as he prepares to undergo surgery on his torn rotator cuff. The US boxing commission is angry with him for not disclosing that he had a shoulder injury before the fight. They say he was dishonest, and he now faces a potential lawsuit from the commission. They say he also committed perjury when he signed the pre-fight questionnaire without revealing he was hurt..above.. 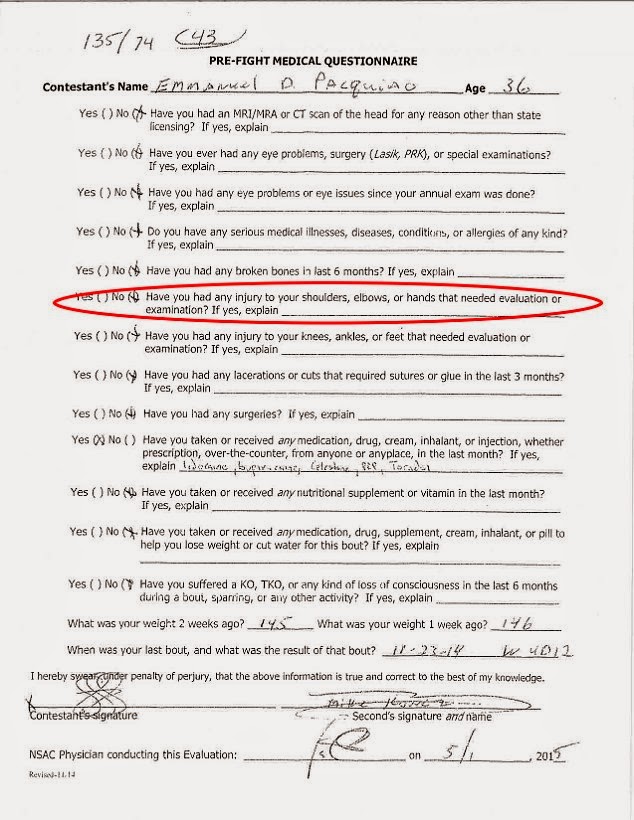