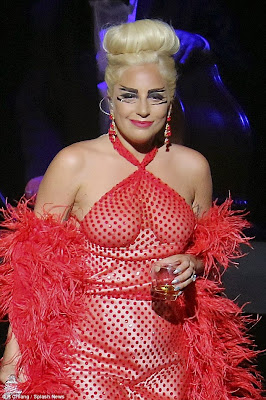 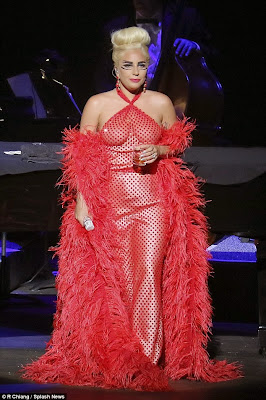 29 year old Lady Gaga gave her fans more than what they bargained for on Monday night when she performed braless at the Vancouver Jazz Festival, alongside legendary singer, Tony Bennett.

She took to the stage wearing a red halter-neck gown which had polka dots running throughout and showed off her curves. Wrapping a red feathered jacket around herself as she sang her hit songs.
She wore very descriptive eye make-up and wore her platinum blonde hair up in a magnificent  chignon. More pics after the cut… 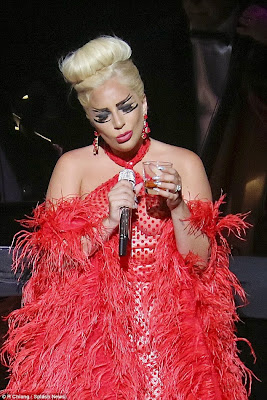 She appeared to enjoy a whisky mid-song during the performance, telling a story about dive bars before saluting the crowd with a stiff drink.