Home General News How My Stepsister And Her Husband Tricked Me And Took Egg From...

The story below is not my story, it’s a story of a married woman living with her husband and 4 children (4 girls ) in a store room attach to my premises, where she also sales foodstuffs. Her husband works for a private security company and is attached in one the bank outside the state, he often comes around on weekends to spent time with his family. I don’t know this woman well, all I know about her is that her children often comes to greet me whenever I come home and I often give them money and sometimes foodstuffs.

Yesterday, I was at home when the woman knocked on my door, when I opened the door and saw her , I was surprised what could have brought her to my house. She told me that she is sorry for bothering me but there is a problem eating her up that she wants to share with me of which maybe I could be of help. I thought it was the usual financial problem not until she started telling her story.

Below is her story:

“my father is not a poor man, my father is a rich man, he is a landlord. I have an elder stepbrother who is living big in Abuja and an elder stepsister who is married to a banker living comfortably in another state. My father married my mother (an orphan) at an old age after his first wife (who gave birth to my stepbrother and sister) died. My mother passed away while given birth to me; 9years after my birth, my father died. I was left solely under the care of my step brother . When I was in senior secondary school 2 , then I was 17years old, my stepbrother brought an old hausa man and demanded I should marry him; he said the man is very rich , and that if I marry him that the man will help him grow his business and that I will never regret it. I rejected his offer, i told him that I want to finish my education first. After numerous pressures from my brother to marry the man had fail, he angrily withdrew his financial aid on me, and warned me ever to call him on phone again. I want to stepsister to complain to her, but she told me the worst thing, she told me that am not her sister, that the only connection between us is our father, and that since our father is dead, their was nothing else connecting us. She advised me to marry who ever my brother wants me to marry.”

Win up to N50k in MaDailyGist Monthly Give-Away – Read More

[nextpage title=”Page 2″ ]”After so many trial to survive, I had to drop out from school. I had a boyfriend then(whom later became my husband) , he was young and still managing his life, he was doing business then, but the business wasn’t flourishing as expected. Rather than die alone of starvation, he demanded I come live with him, which I accepted. This was how we started living together, and started bearing children.”

“After many years of no communication with my step brother and sister, one afternoon , my step sister surprised me with a visit, she said she was able to trace me through some friends. She apologies to me for everything and promised to help sponsor my kids in school up to university level, and to help my husband financially with a sum of 3million. Although, I was glad to see her again after so many years, but her new attitude was strange. I asked her what is behind her sudden generosity to me. She want down on her knees in tear and starting begging me to help her bear children. She said all that was needed is few eggs from my ovary. I told her that even if I accept her offer, that my husband wouldn’t allow that. She told me that the process will be a secret only between me, herself and her husband, and nobody else ought to know about it. After considering the tremendous offer she made to me, I accepted to help her without my husband knowledge. Later, during the weekend when my husband was home, she visited us again, brought a lot of foodstuffs and gave my husband the sum of 20,000naira, after which he demanded that my first daughter follow her to live with them, she even promised to do more. My husband unknowing the deal behind the generosity was astonished and wholeheartedly welcomed her. He sees everything as a miracle from God.”

“After my husband had gone back to his work place, my stepsister and her husband came that morning to took me to a hospital , were an injection was given to me which made me lose consciousness, before I could regain myself, eggs had been collected from my ovaries and placed in a tube. The eggs were later on fertilized with the sperm of my stepsister’s husband. After which the developing egg was implant into my stepsister’s uterus. Everything was successful. My stepsister’s husband gave me 30,000naira that day before I left the hospital. The baby started growing in my stepsister’s womb, everyone was thanking God for finally given her a baby after 11years of marriage. She went for thanks given in the church. Nobody knew what happened, I kept my mouth shout as I had promised.”

“Few months after the implant, I called her on phone to remind her of her own part of the deal, she told me she hasn’t forgotten . That I should hold on until after she had delivered. I accepted.
It’s three and half years now after her successful delivery of a bouncing baby boy, yet nothing had been done for me. She had brought back my first daughter staying with her , claiming she is possessed by an evil spirit and making her son fall sick all the time. I have gone to her house several times demanding she fulfills her promise to me, but she kept telling me that she and her husband had no money, that they will help me whenever they got the money. The last time I called her on phone i pleaded on her to forget about the 3million she promised to give my husband, she should just sponsor my girls to university level as she promised, she threaten to arrest me and lock me up in prison if I continue to pester her life..”

“Right now , am scared, I don’t know what to do. I can’t go public because I don’t want my husband to know, he will be devastated if he finds out I did such thing. My stepsister’s son is growing up, he is fair like me (whereas my stepsister and her husband are dark in complexion). Anytime I see the boy, my heart jumps, I feel like am seeing my own son which I never had. I feel like I have been used and dump.”

What do you think this woman should do?

Win N5k Worth of Call Credit Every Friday – Read More 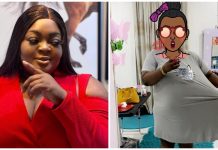 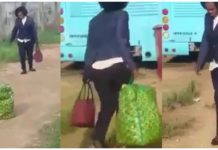 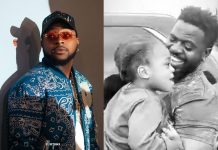 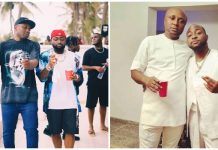 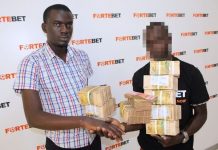 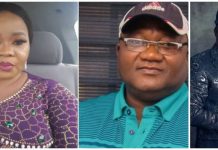