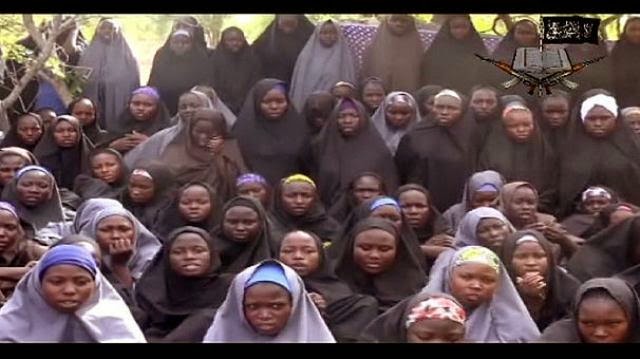 Hmmm… it’s one year and some days now since the Chibok girls have been missing. Yet, the days are still counting because we have no clue about their whereabouts. This is a very sad development indeed. No doubt, it was a disappointment that the outgoing government failed to locate and rescue the girls from the hands of their Boko Haram abductors.

As a mother, who knows what the pains of child labour and child upbringing are all about, I heaved a sigh of relief when Muhammadu Buhari emerged winner of the presidential election. It was not because I like him more than Jonathan, but because I listened to one of his campaigns, where he promised to bring back the girls if elected into office. Perhaps, Nigerians elected him on that premise.

I feel that, at least, it will be a great achievement for whoever locates and brings back the girls to their respective families. In fact, whoever achieves that will be celebrated as a hero all over the world. But then, I have seen another reason to believe that all politicians are the same.

Their modus operandi may only be different. A few days ago, exactly when it clocked one year that the girls had been missing, Buhari broke my heart, just like that of other Nigerians when he said his government could not promise to bring back the girls! I felt really devastated because that comment was a sharp contrast to the promises he made to all Nigerians and the world at large during his campaigns.

Honestly, I try not to be disappointed because you can always expect anything from Nigerians, politicians in particular. They can promise heaven on earth during campaigns, but the moment they get to power, they promptly renege on their promises. Such is life in this part of the world where we find ourselves.

I tried to put myself in the shoes of the parents, relatives and neighbours of the missing girls, who, perhaps, solicited votes for the retired General after hearing his campaign promise that he would bring back the girls. How will they feel now hearing him say something to the contrary?

There is an adage in Yoruba that says ‘omo eni ku san ju omo eni sonu lo,’ meaning that it is better for someone’s child to die than to be missing. I can imagine the different thoughts and imaginations that would have saddled the minds of those girls’ parents. If the girls are dead (which I don’t pray for anyway), the parents will mourn for sometime and recover, but that they are missing is another experience entirely.

More worrisome is the fact that the parents have to nurture the wound till this moment, and not even with any hope of sort in sight. Wahala dey o! Come to think of it, where are those prophets, Imams and native doctors who claim to have all the powers in the world? Where are those native doctors we watch on Africa Magic who can disappear and appear to make things happen? Or they only exist on Africa Magic? Where are the prophets and Imams who always claim to us that they communicate directly with God?

Are they all sleeping or they have just been deceiving people all along? In a country like Nigeria where people believe so much in spiritual powers, I expect someone to have used same power to rescue the girls, if they truly exist. I have been thinking aloud on this issue for a long time.

Can’t the association of witches and wizards also do something about it with their powers? After all, Oyinbo men have witches and wizards to, but they use their own powers positively. Some of the results of it are the aeroplanes, computers and other things we call technology. But black men use their own witch and wizard powers to destroy fellow humans. They can be here in Nigeria and use spiritual powers to ‘control’ someone in faraway Australia, but they cannot ‘control’ ordinary Boko Haram here to release our precious girls. This is just my imagination.

Those spiritual powers may not be true anyway; perhaps we have such a mentality about them because of the movies we watch. But in every nonsense, there can be some iota of sense. I’m just thinking aloud with my ‘jargons,’ but I’m sure there are lessons we can learn from it. See you next week.