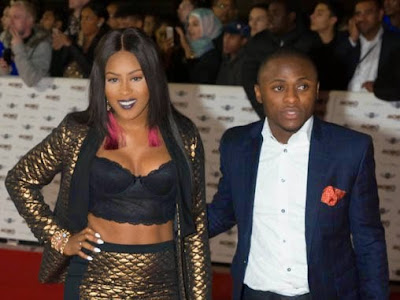 According to what I know, Emma Nyra dated Ubi Franklin for about three years and they all lived together in same house in Lekki but if she’s insisting they didn’t date, she must have her reasons. In a new interview with Vanguard, the singer said Ubi terrorized her for years…

“Ubi and I never dated. Rather he terrorized me for years. He abused me and other members of the label with physical and verbal force. This is why I left Triple MG the first time. He claims he spent money on me but failed to mention that he never gave me my payment for all the tours I have done alongside Iyanya. The true story lies between me and other members of Triple MG who have all chosen to be silent because of fear of one man. I do not support abuse of women or men. That is why I left. I don’t want to be involved with anything that has to do with Ubi Franklin ever again. Honestly, I don’t want to see my name associated with Ubi in any way. Let these lies die down. I am moving on with my career. Thank God” She said