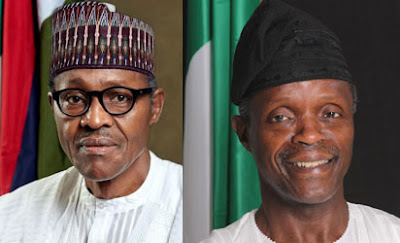 Those who asking the new president and his deputy to publicly declare their asset will have to wait a bit longer as the Code of Conduct Bureau, CCB, which keeps custody of the assets declared by the two leaders, says it lacks the power to make them public for now.

Chairman of the CCB, Mr. Sam Sada, who spoke exclusively to Vanguard through his Special Assistant, Mr. Gwimi Sebastian Peter, said only the National Assembly is vested with the powers to decide the terms and conditions under which such documents could be made public.

The chairman said even though the Constitution of Nigerian made it clear that the agency should make available to the citizens the assets declared by public officials, the same law vested the National Assembly with the power to decide the terms and conditions for making such materials public.

Sada explained that the CCB was ready to comply with the terms and conditions specified by the National Assembly on the matter but would only do so once the law was amended. He said:

“While the Constitution of the Federal Republic of Nigeria (1999) and the Code of Conduct Bureau and Tribunal Act give the bureau powers to receive assets declarations, verify, examine, keep in custody and enforce compliance when there is a breach, the responsibility of determining how and on what terms asset declarations will be made accessible to the public was left to the National Assembly. “Several National Assemblies have come and gone since the establishment of the CCB without addressing the matter.”