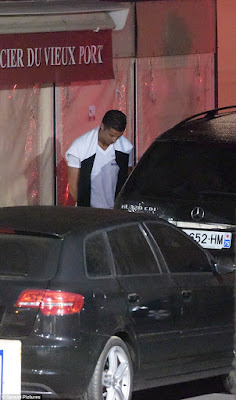 Footballer Cristiano Ronaldo was spotted leaving Saint Tropez’s exclusive club Le Quai in the early hours of Monday.
After leaving he was caught urinating in front of an ice cream store in the upmarket old harbour area of Saint Tropez as his friends stood guard nearby.
Despite trying to hide behind a car, port security guard agents were quick to spot the star, and immediately asked him to move on from the area. He wasn’t arrested, he only got a warning. More photos after the cut. 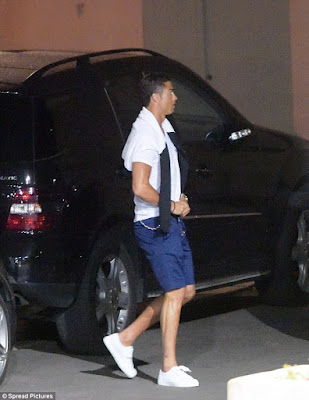 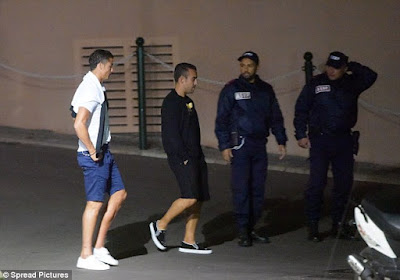 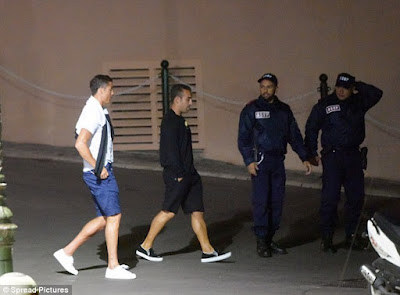 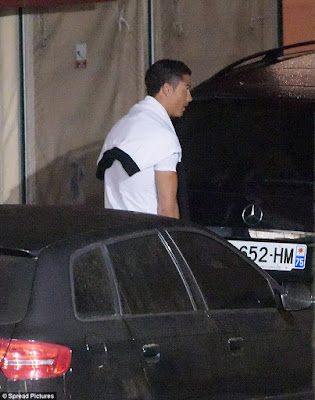 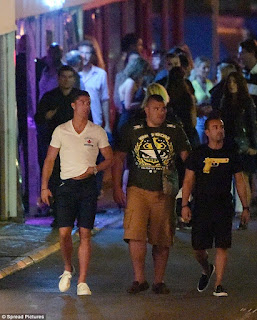 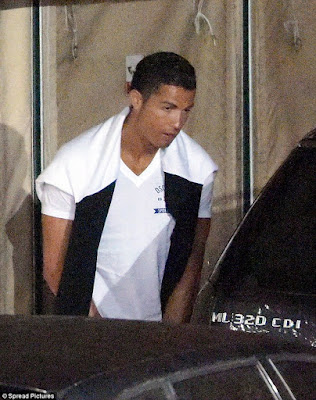