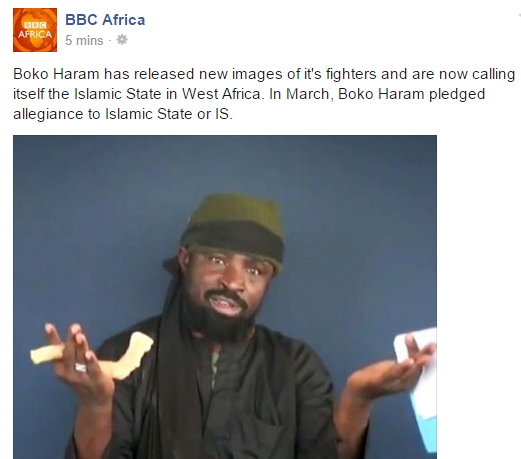 BBC just announced that the terror group has released new images and also renamed itself – “Islamic State in West Africa”. TF? Can they get rid of these people once and for real?